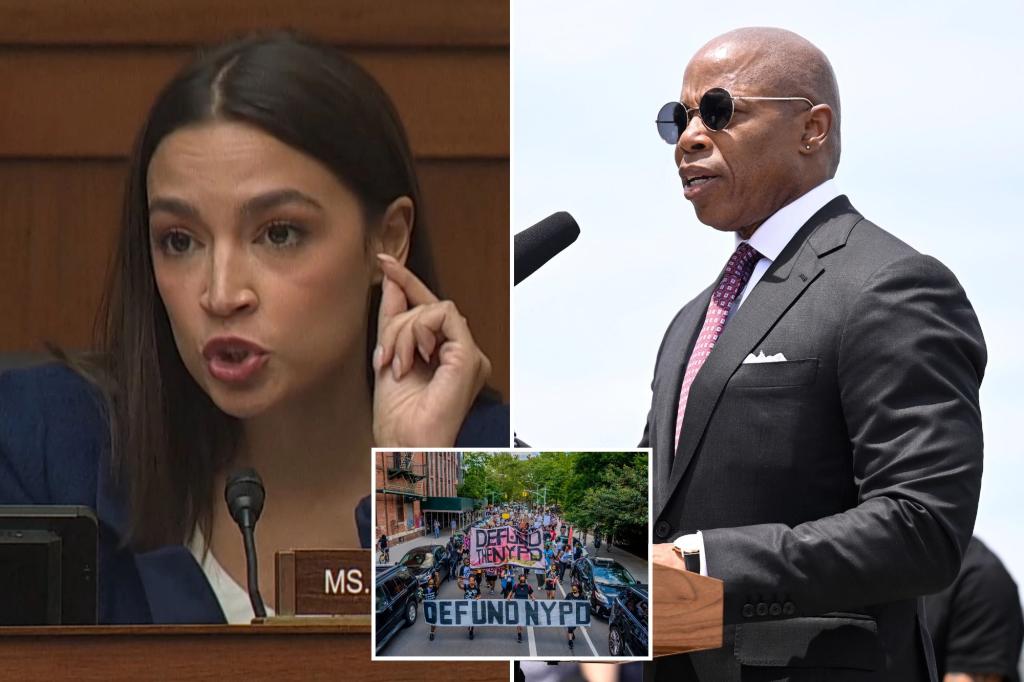 Rep. Alexandria Ocasio-Cortez continued to battle the mainstream wing of her own party ahead of this month’s New York primaries, railing against lawmakers that support increased police funding in a Wednesday evening tweet.

The congresswoman’s messaging came as Mayor Eric Adams stumped for veteran Albany Democrats who faced primary challenges from a slate of progressive candidates boosted by the Bronx-Queens representative.

“Sad how many leaders are so committed to the bit of denigrating advocates that they refuse to even consider the possibility that perhaps abandoning youth employment, school funding, housing & community violence interruption to boost already-huge police budgets makes us less safe,” Ocasio -Cortez wrote.

The 32-year-old lawmaker, who rose to prominence by upsetting a Queens party boss, has formed an alliance with the Working Families Party — which is loosely affiliated with her Democratic Socialists of America — in a bid to replace seven incumbents tied to Assembly Speaker Carl Heastie with left-wing “working-class” candidates.

Adams has been on the campaign trail supporting some of the targeted candidates in recent days, including Bronx Assemblyman Michael Benedetto and Harlem Assemblywoman Inez Dickens ahead of their June 28 contests.

Political sources said Adams and Ocasio-Cortez are fighting a proxy war to determine if mainstream Democrats or socialists will control Albany and City Hall.

“We are Democrats! We are not socialists!,” Dickens said emphatically at a Tuesday rally with the mayor. “AOC and the socialists are trying to take over New York.”

The WFP has asked its candidates to shun support from law enforcement unions and resist changes to the state’s controversial bail reform laws, which critics on both sides of the aisle have labeled as “soft on crime.”