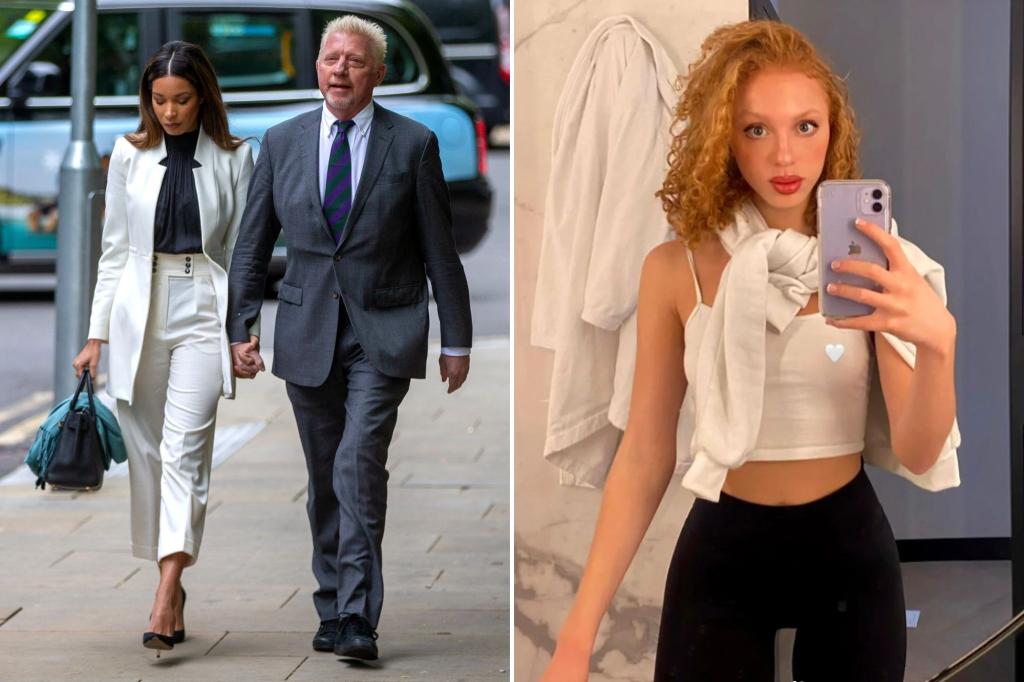 After Boris Becker was sentenced to 2 1/2 years in prison Friday, his daughter, Anna Ermakova, has broken her silence about the former tennis star’s bankruptcy trial and upcoming stint in prison.

Becker was convicted last month of four charges under the British Insolvency Act. The charges include failing to declare a $2.3 million property in his hometown of Leimen, Germany and not disclosing 75,000 shares in a tech firm and a bank loan of $1.2 million.

“I’m really in shock that my father has been sentenced to two years and six months,” Ermakova said to Bild, a German newspaper. “I will support him and I will visit him whenever I can. I hope that will help him a little to get through the time.”

Ermakova, who was infamously conceived in the bathroom of Nobu in London during a one-time fling between Becker and the model’s mother Angela in 1999, discussed how distraught she was for her half brother, 12-year-old Amadeus.

“I wrote a letter to the court to express my concern for my little half-brother, Amadeus,” Ermakova, Becker’s eldest daughter, said. “After all, he is only 12 and will now have to do without a father figure, whom he will lack during a difficult phase of his development. It’s not fair to him. It’s going to be tough for Amadeus.”

Becker has a long history of racking up large debts. His 2001 divorce from first wife Barbara Feltus, who was pregnant with the couple’s second child when Ermakova was conceived, cost the German over $20 million in cash, $3.5 million in lawyers fees and caused him to lose his house in Miami.

He filed for bankruptcy in 2017 and shortly after claimed he shouldn’t be charged because he deserves diplomatic immunity as Novak Djokovic’s former coach and the sports envoy to the European Union for Central African Republic. However, the country’s foreign minister pushed back against Becker’s claims.

The 54-year-old was cleared of an additional 20 charges including refusing to give over his Wimbledon trophies and his Olympic gold medal.