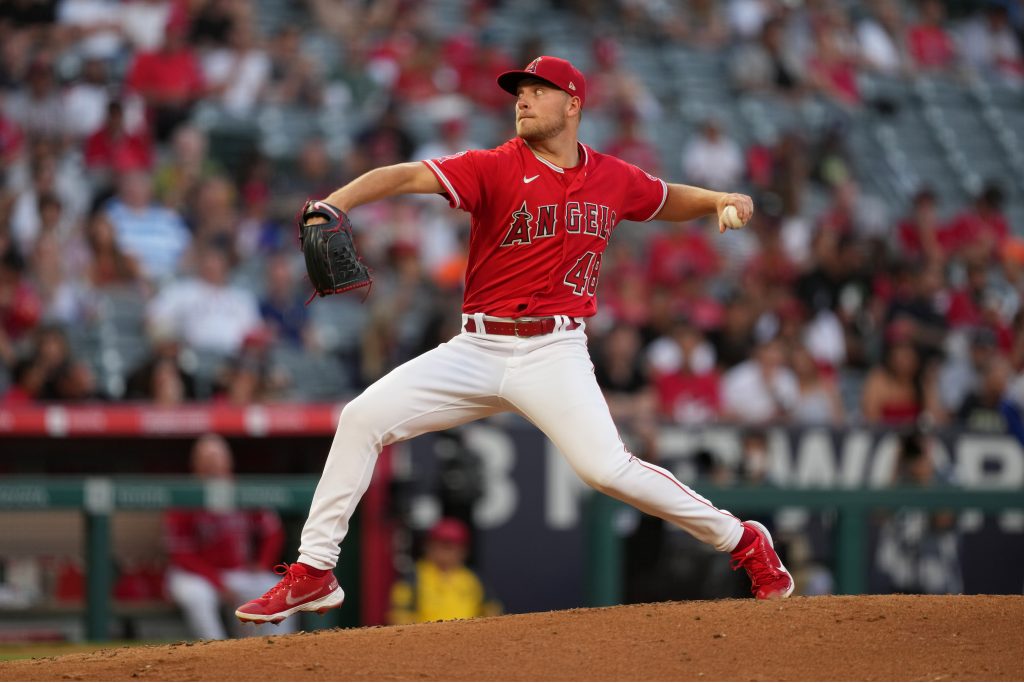 The Angels announced to reporters (including Mike DiGiovanna of the Los Angeles Times) they’ve optioned starter Reid Detmers to Triple-A Salt Lake. Reliever jimmy herget heads to the 15-day injured list with a shoulder issue, and the club recalled Oliver Ortega and Elvis Peguero to take their active roster spots.

Detmers’ demotion is the most notable of today’s series of moves, as he heads to the minors for the first time this season. The tenth overall pick in the 2020 draft, the southpaw flew through the minors to reach the big leagues last August. He started five games last year and has opened this season in the rotation, taking the ball 12 times.

The 22-year-old no-hit the Rays on May 10, achieving the rare feat only 11 starts into his big league career. That’s one of two no-hitters thrown in MLB this season (five Mets combined to keep the Phillies out of the hit column in April), but Detmers’ start-to-start consistency has been lacking. He’s only eclipsed five innings on one other occasion, and he’s allowed four-plus earned runs in three of his past five appearances.

Altogether, Detmers owns a 4.66 ERA across 58 innings this season. That’s in spite of opponents hitting only .204 on balls in play against him, and Detmers’ peripherals have been disappointing. He’s struck out 18.6% of batters faced on a meager 8.7% swinging strike rate, with both marks sitting a few points below the respective league averages. The Louisville product has also given up 11 home runs (1.71 per nine innings), and the front office obviously decided it better to give him a reset in a lower-pressure environment.

Inconsistency aside, Detmers is still young enough to be viewed as a potential long-term starter. He’s drawn praise from evaluators for his secondary pitches and strong control, and he reached the majors after just one start with Salt Lake last year. The club could recall him within 15 days (sooner if he’s replacing an injured player), so it’s possible Detmers will be back at Angel Stadium before the All-Star Break.

The timing of his next promotion will be important from a service time perspective. Detmers accrued 64 days of MLB service last year, and he’s picked up around 76 more days this season. Players are credited with a full year of service upon spending 172 days on an MLB roster or injured list, leaving Detmers around the 140-day mark presently. He’ll need to spend around a month more in the big leagues this year to eclipse his first full year of service before the end of the season, which would keep him on track to first reach free agency after the 2027 campaign.