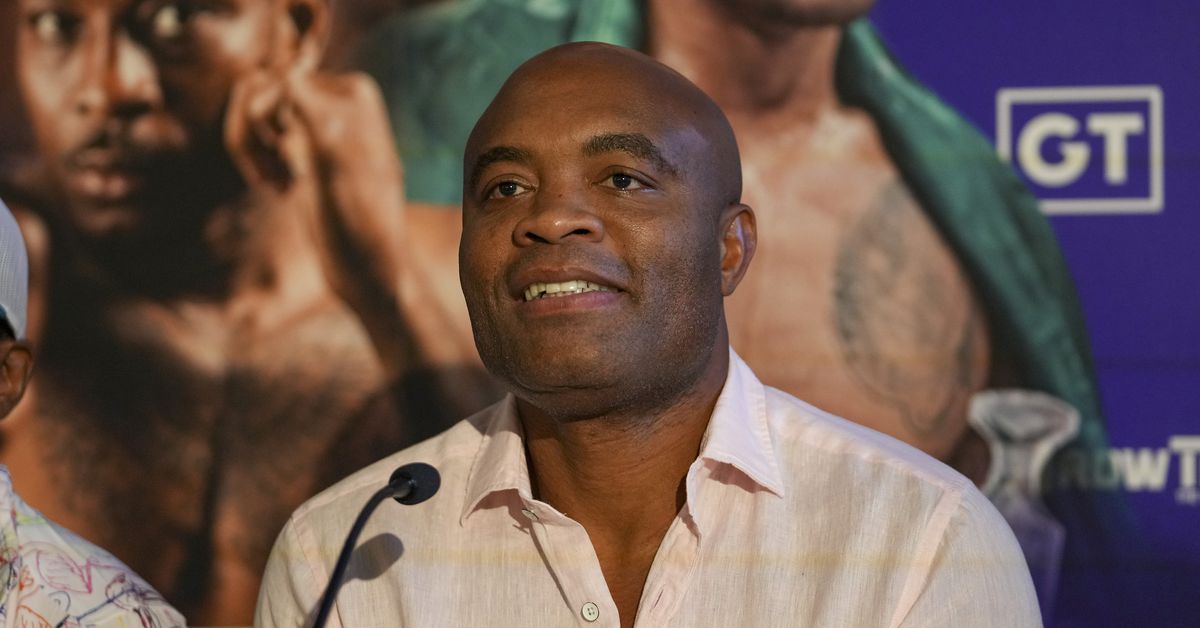 MMA Fighting has Mayweather vs. Moore live results for the Anderson Silva vs. Bruno Machado fight card at Etihad Arena in Abu Dhabi on Saturday afternoon.

This is the live blog for the exhibition co-main event featuring UFC legend Anderson Silva and Bruno Machado. It is expected to begin around 4 pm ET on Frontrow pay-per-view. Check out our Mayweather vs. Moore results page to find out what happened on the undercard.

Machado is an MMA fighter with a 15-9 pro record. He has won six straight fights, including four for the UAE warriors promotion.

Check out Silva vs. Machado co-main event live blog below.

After a 90-minute break between fights, Anderson Silva WILL walk out shortly.

Silva out to No Sunshine. Classic.

Round 1: Machado to the body early. Silva with lots of movement, not throwing much. Now it’s Silva to the body. Silva probing with a light jab. Back to the body for Silva. Not much to score there.

MMA Fighting scores the round 10-9, Silva.

Round 2: Silva sticking with the jab, but not connecting. He sneaks in a left hook. Machado goes to the body. There’s a jab by Silva. Silva slips some punches as he waits in the corner. Machado scores with a right hand. Two good body shots by Silva. Rounds are just two minutes long in this fight by the way.

Round 3: Jab up top by Silva. Machado answers with a body shot. Silva with a slick combo. Silva looking to pressure in the corner. Silva hits a counter jab. Staring contest in the last 15 seconds.

Round 4: Silva pursues with a jab, Machado hits a right cross. Silva ups the output and he’s mixing it up beautifully to the head and body. Right hook to the body by Silva, followed by a high jab. Another round for Silva, though it’s not the most thrilling performance.

Round 5: Aggressive start for Silva. Silva goes to the body, Machado with a counter hook. Silva scores with a lunging left hand. Right hand by Machado. Silva whiffs on a left hand haymaker. Silva with another good flurry to close this round. Right hand bomb at the bell drops Machado! We’ve got a standing 10-count and Machado will make it to the sixth.

Round 7: Silva pops Machado’s head back with a jab. Lots of stance switching from Silva. He triples up on a jab, but Machado isn’t biting. Silva has Machado back in the corner, he wants to open him up with body shots. Machado keeping his guard high to avoid eating another knockout shot. Machado with a nice left hook as Silva gets cute with his head movement.

Round 8: Silva advances with straight punches. Machado strictly on the defensive, but he fires back with a short left hook. Right hand by Machado. Machado not landing much, but Silva hasn’t throw much of anything in Round 10. Silva comes out of the corner looking for one last flurry, but the finish isn’t there.

Official result: No winner is declared due to the bout being an exhibition.