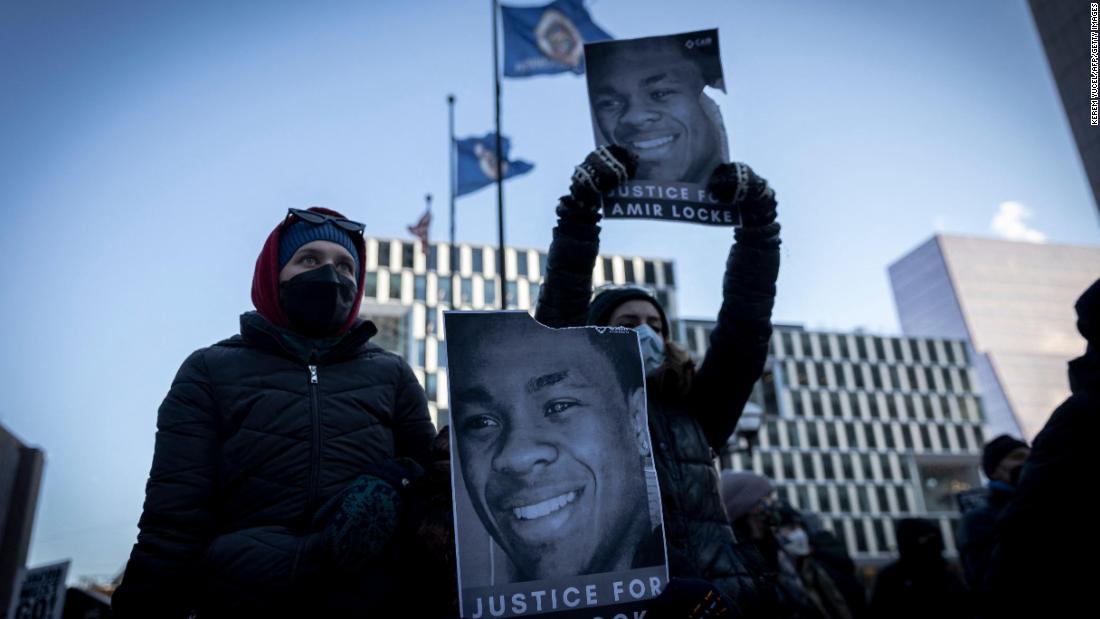 Police killed Locke February 2 in a Minneapolis apartment while they executed a warrant in which he wasn’t named, and that didn’t require police to knock and give any occupant a chance to open the door.

CNN has reached out to attorneys representing Locke’s family for comment.

A brief body camera video of Locke’s shooting shows an officer quietly sliding a key into the apartment’s door. After the door opens, a group of officers barge in, yelling commands. Locke, who appeared to be sleeping, gets up holding a gun his family said he legally owned. Police then opened fire.

“After a thorough review of all available evidence, however, there is insufficient admissible evidence to file criminal charges in this case,” Freeman said in a statement Wednesday.

“Specifically, the State would be unable to disprove beyond a reasonable doubt any of the elements of Minnesota’s use-of-deadly-force statute that authorizes the use of force by Officer (Mark) Hanneman. Nor would the State be able to prove beyond a reasonable doubt a criminal charge against any other officer involved in the decision-making that led to the death of Amir Locke,” Freeman continued.

Freeman and Ellison are expected to hold a media availability Wednesday at 12 p.m. ET.

This is a developing story and will be updated.