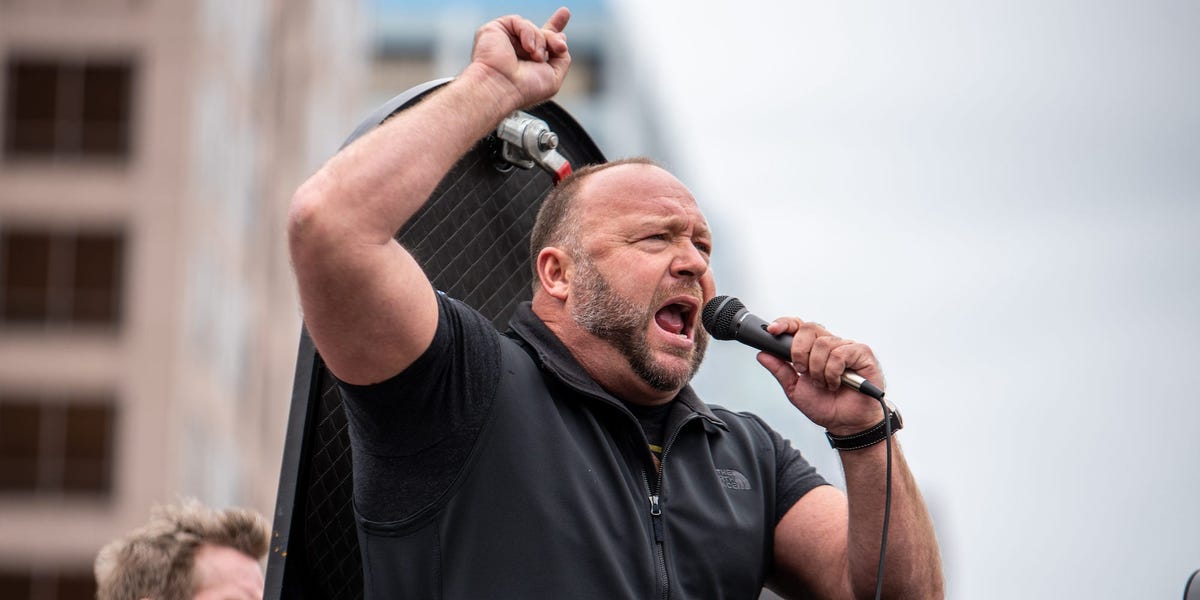 Far-right talk show host Alex Jones is holding a bonanza sale of products on his InfoWars store after the site filed for bankruptcy on Monday.

Following the filing, Jones announced on his show that an “Emergency Blowout Sale” had gone live on his InfoWars store, telling his audience to patronize the store to support him.

“Thousands of great items, books, you name it, at InfoWarsStore.com,” Jones continued.

He also pointed supporters to a button on the site that would allow one to become an InfoWars “sponsor,” which would involve a monthly or one-time donation.

Insider visited the InfoWars online store on Monday evening and confirmed that a sale was being held.

The site indicated discounts of up to 75% on many of its “top-selling products,” including items like “brain supplements,” beet extract, and vitamin gummies going at reduced prices. Also on sale were items like a book titled “The Truth about COVID-19,” as well as flags and koozies urging the need to “save the frogs.”

Jones has been criticized for the products hawked on the InfoWars store.

An investigative segment by “Last Week Tonight” host John Oliver that aired in July 2017 highlighted how Jones linked seemingly wild conspiracy theories to the products he sold. In 2020, Jones was warned by the FDA to stop selling fake COVID-19 cures, such as colloidal silver toothpaste.

According to HuffPost, Jones also raked in around $165 million between September 2015 to the end of 2018 from hawking items on the InfoWars store.

InfoWars filed for bankruptcy on Monday amid a deluge of defamation lawsuits filed against him by families of the victims of the Sandy Hook shooting. The lawsuits pertain to Jones’ baseless claims that the shooting was a hoax staged by “crisis actors” for the benefit of gun control campaigners and that the killings never happened.

In March, the victims’ families rejected Jones’s settlement offer of $120,000 per plaintiff, claiming it was a bid by Jones to try to “escape a public reckoning.”

InfoWars is also known for spreading outlandish conspiracy theories, including some claiming that the government was involved in the 9/11 attacks, the NASA moon landing was faked, and that tap water turns frogs gay.