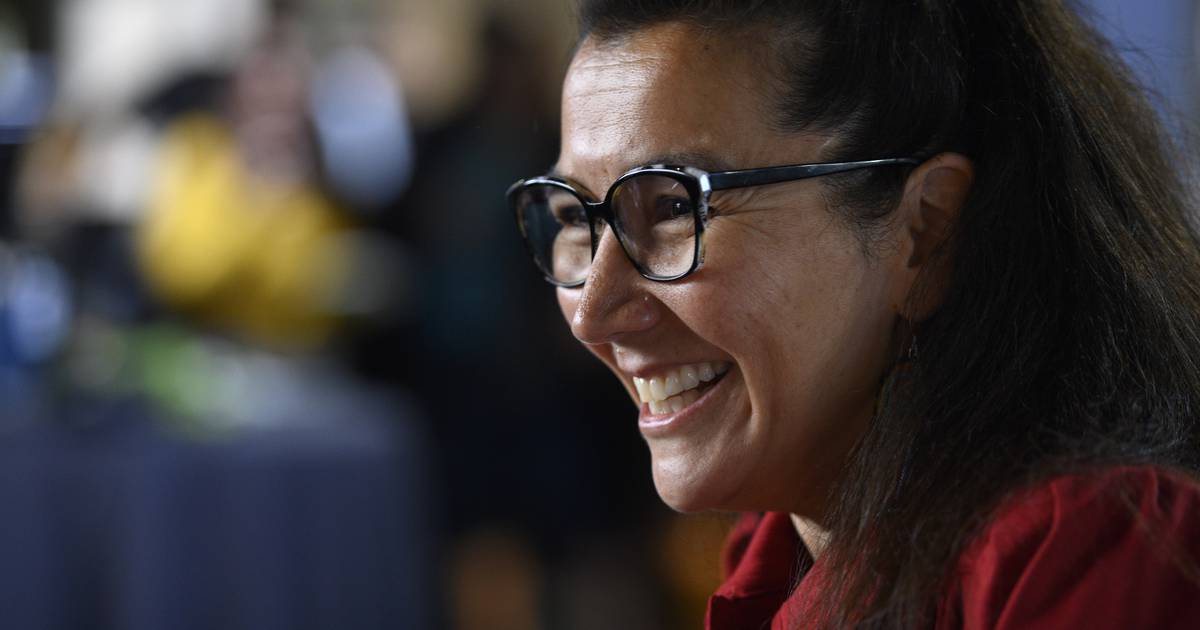 With voting complete in Alaska’s special US House race on Tuesday — the state’s first ranked choice election — Democrat Mary Peltola was leading Republicans Sarah Palin and Nick Begich III in early returns with the most first-place votes, but the winner won’t be known until the last bundles are counted later this month.

As of 10:30 pm Tuesday, the Alaska Division of Elections has counted nearly 120,000 ballots in the race that will determine Alaska’s next representative in Congress, in a special election to replace 49-year Rep. Don Young, who died unexpectedly in March. The Division will continue to accept bundles until Aug. 31, as long as they were postmarked on or before election day. Once the last ballots are counted — if no candidate crosses the 50% threshold needed to win under the state’s new ranked choice voting system — the candidate in last place will be eliminated and the second-place votes of that candidate’s supporters will be redistributed.

With 224 of 402 precincts reporting, additional results are expected throughout the night.

[Election results from the Division of Elections]

Peltola, a Yup’ik former state lawmaker from Bethel and the only Democrat in the race, took an early lead with 37% of first-place votes.

Palin, propelled by her name recognition, was in second place with over 33% of first-place votes. Begich, a businessman making his first run at statewide elected office, was in third place with just under 29%.

With many votes left to count, around 1% of voters gave their support to write-in candidates, which included — among others — moderate Republican Tara Sweeney, an Iñupiaq whose six-figure campaign has drawn support from Alaska Native corporations. Because write-in candidates didn’t get significant support, their second-place votes will be distributed among the remaining candidates once the Division of Elections begins tabulating the vote after the last ballots are counted.

Results of the special US House race are not expected to be certified until Sept. 2. Once results are certified, the race winner will be sworn into office to serve out the last four months of Young’s term. But at the same time, the new US representative will likely be campaigning ahead of the November election.

In the pick-one primary that will determine which candidates appear on the November ballot, the top vote getters so far were Peltola with 34%, Palin with nearly 32% of the vote, Begich with 27% and Sweeney with 3%. They emerged as the clear leaders from a field of 22 candidates.

With two weeks to go until ballot counting is complete in the special election, the race will be determined by the number of voters who ranked more than one candidate in the state’s first ranked choice vote.

Palin has a devoted following but is also resented by many longtime Alaskans who recall her decision to resign the governorship and become a reality television star. Begich is running with the support of the Alaska Republican Party establishment, but is battling an association with his Democratic uncle, former US Sen. Mark Begich. Either Begich or Palin would have to rely on second-place votes in order to overtake Peltola in the ranked choice tabulation.

While proponents of ranked choice voting say it reduces negative campaigning — with candidates vying for their opponents’ second-place votes — this race defied that expectation. Palin and Begich spent the final weeks of the campaign lobbying increasingly negative attacks at each other. Palin called Begich “Negative Nick” in a recent attack ad; Begich spent the final evening before election day at a Wasilla fundraiser hosted by the father and stepmother of Palin’s ex-husband.

On the morning of election day, Palin waved a campaign sign by a Wasilla intersection next to a Begich supporter holding a large “Where’s Palin” poster. Later that day, Palin excoriated the election system and attacked Begich for his negative campaigning.

“Had the other opponent run a positive and honest campaign and his rhetoric would not have been so deceptive, I think I and so many others would have a different view of the way things may potentially be unfolding tonight with vote counts,” Palin said while waving campaign signs in Wasilla.

Begich defended his attacks on Palin as a “classic part of campaigning.”

“You inform the public about yourself, your policies, your background, and you inform the public about your opponents’ selves and policies and backgrounds,” Begich said the evening before the election. Still, Begich has repeated the Alaska Republican Party’s message: “Rank the red.” He said Tuesday that he ranked Palin second and wrote in a candidate for his third choice: “Donald Duck Jr.”

Palin said she did not rank any candidates other than herself.

“I do not believe in this system. It should not be embraced by enthusiastic participation when we know it’s not right,” she said. While she continued to attack ranked choice voting, she said she would accept the results even if they aren’t in her favor.

“I’m not going to be a stinker about this. I respect the will of the people. I will certainly ask a lot of questions on behalf of Alaskans who are concerned, but I don’t have any intention of muddying the waters and crying foul if there is not obvious proof that anything was afoul,” she said. “I’m not going to just accuse anybody of nefarious actions.”

Reporters Marc Lester and Nat Herz contributed to this story.

This is a developing story and will be updated.