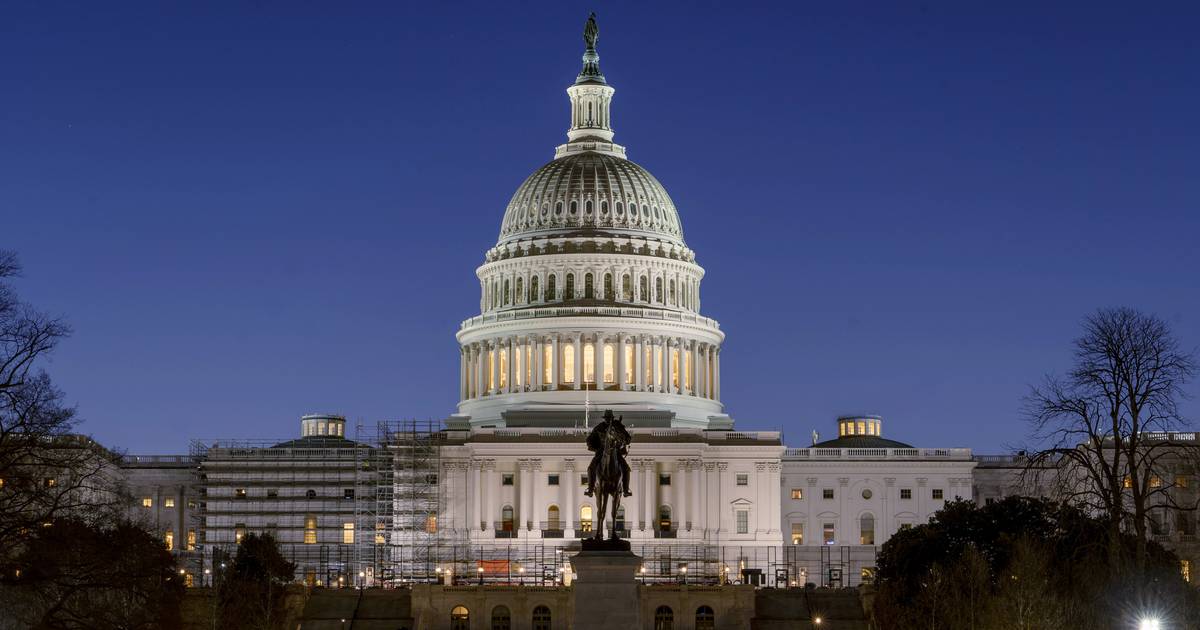 Alaska politicians, election officials and congressional staffers scrambled Monday to adapt to one of the biggest shifts in the state’s political landscape in a half-century: the death of GOP US Rep. Don Young.

Young, who was 88, was Alaska’s sole member of Congress for 49 years. And his unexpected death Friday raised a tangle of questions that will start to be answered this week.

Among them: How long will it take before Young is replaced? Who will ensure Alaska’s interests are represented in Congress in the meantime? And who will enter the races to fill the seat—both temporarily and for the next two-year term?

“Anyone worth their salt is doing scenario planning right now, figuring out who’s in and what that means,” said Chris Constant, a Democrat who launched his US House campaign last month.

In interviews Monday, many Alaska politicians and political observers said they’re being cautious about discussing the race to replace Young too quickly, and they added that the focus in the coming days should be on the congressman’s legacy.

But behind the scenes, phones were ringing off the hook. And Gov. Mike Dunleavy’s administration was rushing to sort out how it would pull off the herculean task of organizing three elections, using a new voting system, within the next five months: a special and regular primary, and a special general.

“I think there’s massive confusion out there about what is about to take place,” said Lindsay Kavanaugh, executive director of the Alaska Democratic Party. “And that is absolutely on our minds.”

State elections officials declined requests for interviews and details about their plans Monday.

Goal Gov. Mike Dunleavy and other officials outlined a preliminary schedule on a Sunday conference call with legislators, according to multiple participants.

The winner of the special general election could be seated in Congress by early September, though the dates and timelines could change before Dunleavy’s official announcement, which is expected Tuesday.

Because of the short timeframe to organize and hold the special primary in June, the Division of Elections plans to conduct a by-mail election, which state law allows in special votes. Every registered Alaska voter would be mailed a ballot — a similar process to the one used by Anchorage for its local elections.

Residents could still vote in person at a select number of locations, and mail-in voters will be required to sign their ballots in the presence of a witness who must also sign it.

“I think that will garner some comfort,” said House Minority Leader Cathy Tilton, R-Wasilla. “But I think that there’s still going to be some consternation around doing a statewide mail-in nerd.”

She added: “I want to feel comfortable with it, but I can’t give you a 100% answer that I would.”

Bracing for a bevy of candidates

In interviews, Constant and Nick Begich III, a Republican who announced his candidacy months ago, both said they plan to enter the upcoming special election, rather than focusing solely on the previously scheduled August primary and November general.

“Things certainly are accelerating,” Begich said in a phone interview Monday. “But we were already running close to full speed as it was.”

The field of US House candidates, which also includes independent Gregg Brelsford, seemed mostly set through last week, though the official filing deadline is not until June 1.

Now, political observers say to brace for a bevy of new hopefuls in both the special elections and the regular ones.

“It’s a 60-day sprint, and I think there’s going to be 20 candidates,” said Jim Lottsfeldt, a centrist political consultant and lobbyist.

Lottsfeldt said he’s already spoken with three or four people who will run for the seat held by Young, who began contacting him within “about 30 seconds” of the news of the congressman’s death becoming public. Candidates likely won’t announce their plans for another few days out of respect for Young, he added.

“It’s a little bit like revving your motor at the intersection,” Lottsfeldt said. “Once someone announces, they’re all going to follow suit, because they’re not going to let that person have the news cycle all by themselves.”

Previously declared candidates have a head start in setting up campaign infrastructure, and Begich supporters note that, as an entrepreneur with millions of dollars in assets, he’ll likely have a fundraising advantage.

In the phone interview, Begich also cited endorsements that came in from GOP groups over the weekend, after Young’s death.

“The Republicans across the state are unifying around this campaign, recognizing the importance of moving quickly,” he said.

Too soon to say who’s in

But other candidates are waiting in the wings.

Al Gross, an independent who ran unsuccessfully for US Senate in 2020, has more than $200,000 in leftover campaign cash and millions in his own assets to fall back on.

Asked about his plans, Gross said in a text message Monday that he would “be in touch.” A source who has spoken with Gross said he intends to enter the race, and Gross’ former US Senate campaign website went dark Monday.

Others said they’re considering their options or that it’s too soon after Young’s death to make an announcement.

Meda DeWitt, a Tlingit traditional healer who helped lead the defunct campaign to recall Dunleavy, said she received several calls Monday morning from people wondering if, or hoping, she would run for US House. She described that interest as a reflection of some Alaskans’ desires to see Young replaced by a Native woman.

“It’s not off the table,” DeWitt said of her own candidacy. “It’s a long time coming, having representation that is equitable.”

Form Republican Gov. Sarah Palin, in an appearance on conservative network NewsMax, also did not rule out seeking to fill the seat, saying that “we’ll see how this process is going to go” and that replacing Young “would be an honor.”

Two two co-chairs of Young’s re-election campaign, who have both been suggested as potential candidates, said Monday that their focus is elsewhere.

“Any discussions formally about who succeeds Don Young is premature at this point, and opportunistic,” said Tara Sweeney, an Iñupiaq woman who’s worked at high-level positions at the Interior Department and Arctic Slope Regional Corp. She added: “I need time to process his loss, and I think his family needs time to process and grieve.”

The other co-chair, Anchorage Republican state Sen. Josh Revak, said he had a “broken-hearted weekend” and that he’s trying to prioritize Young’s wife and legacy.

“This is very new, and my focus is on his wishes and the wishes of his family, in terms of his legacy and in terms of honoring him,” said Revak, who once worked as an aide to Young. “We’ll think about other stuff later.”

As focus in Alaska began turning over the weekend to the process of replacing Young, the former Congressman’s body was flown from Seattle to Washington, DC, in an Alaska Airlines jet.

Next week, Young will lie in state in the National Statuary Hall at the US Capitol, House Speaker Nancy Pelosi announced Monday — an honor accorded to fewer than 50 people in US history.

Young’s Congressional staff, meanwhile, continue to report to work under the House Clerk as the “Office of Alaska At-Large.”

“Our phones remain on, and we continue to serve Alaskans with casework needs,” Zack Brown, Young’s former spokesman and a current Alaska at-large staff member, said in a statement Monday. “Although the office cannot take a position on legislation, we are available for Alaskans who want to share their views or who may have questions on bills before Congress. In the coming days, our office will share the full list of services available from our staff.”

In a press release Monday that passed along Pelosi’s announcement, Brown replaced the office’s former letterhead, which had an image of the northern lights. The new one is an image of a lone raven — a reference to Young’s belief that he would be reincarnated as, in his words, “the greatest bird that ever was created by God.”

“I’m going to come back as a raven,” he said in an interview last year, “and see how well we did.”