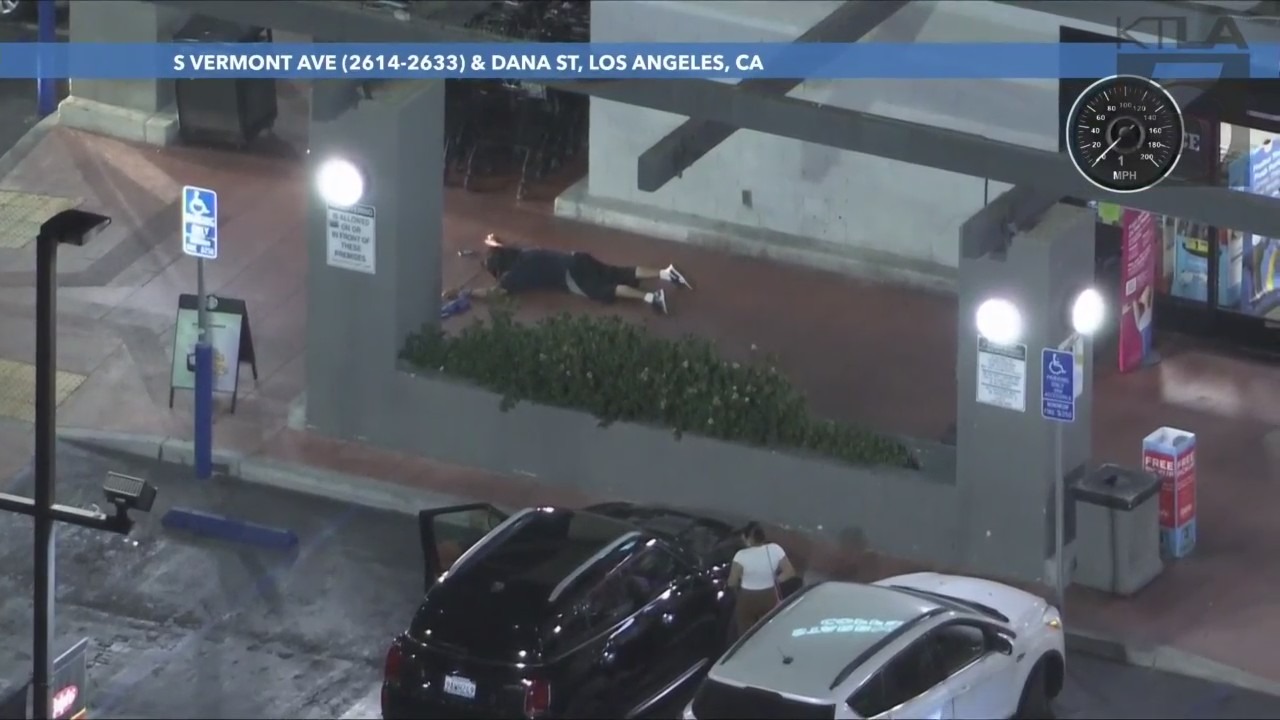 Authorities pursued a suspected stolen vehicle Thursday night, and though officers pulled off and abandoned the chase, the driver of the car eventually stopped at a Ralphs and attempted to surrender, even though no police were there.

The California Highway Patrol then picked up the pursuit, which traveled to the San Fernando Valley, then back toward downtown Los Angeles on the 5 Freeway before exiting onto the 110 Freeway.

The Kia exited near the campus of USC and began to run red lights, so the CHP ended its pursuit. The LAPD tracked the car for a bit, then pulled off as well.

By 11 pm, the driver seemed to be going in circles in a residential area of ​​Jefferson Park, with no police vehicles nearby. A passenger ran from the vehicle near Adams-Normandie, while the driver continued on.

At about 11:25 pm, the driver stopped his car in a Ralphs parking lot, got out and put his hands above his head, despite the lack of law enforcement officers near him.

He then lay down in an apparent attempt to surrender, though no one was trying to take him into custody.