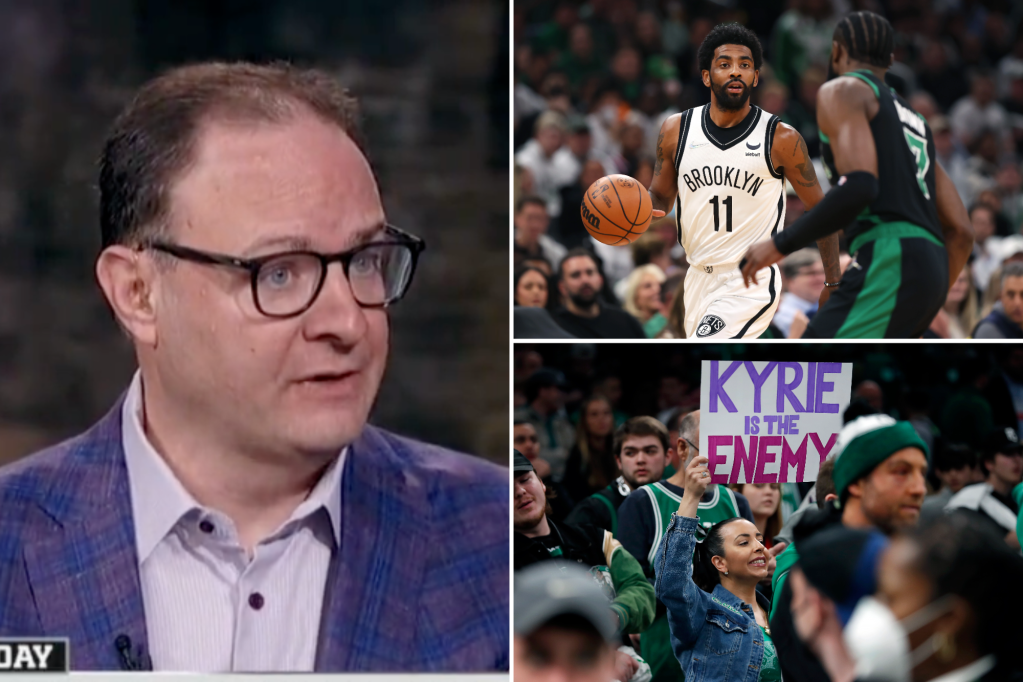 ESPN insider Adrian Wojnarowski had a questionable explanation for the tension that played out between Kyrie Irving and Celtics fans over the weekend.

After an eventful Game 1 at TD Garden for Irving and the Nets, in which he gave Celtics fans the middle finger and told another to “suck my d–k,” the Worldwide Leader’s preeminent NBA insider seemingly blamed gambling for how the events unfolded.

“As gambling becomes more prevalent in the arena, people gambling on almost everything, and they’re drinking, players and organizations – and you talk to them – they already feel it in the arena,” Wojnarowski said. “And when people are losing money in real time, and they’re pointing to a player on the court and say, ‘hey, I bet you to score more points in the second quarter than someone else and I lost,’ you’re adding an element to that that we’re not talking as much about, but is a real factor in this league.

“I think you’re going to see more instances of fans being more vitriolic towards players in this league, and it’s an issue they’re going to have to deal with. But it comes, I think, with the influx of gambling money.”

There are many holes in this theory. The first of many was summed up aptly by “The Greg Hill Show” on WEEI in Boston:

“You can’t gamble in Massachusetts, Woj, you dummy. Stick to reporting.”

And while the influx of legal sports gambling will likely lead to more irate sports fans yelling at players, Irving has had a notoriously frosty relationship with the city of Boston. Since leaving the team unceremoniously after playing for them from 2017-19, he has become a major villain. Last season, a fan struck him with a water bottle.

So while the conversation Woj brought up is certainly worth having, it decidedly had nothing to do with Irving.

The Nets hope to rebound after a devastating Game 1, which they lost at the buzzer at the hands of a Jayson Tatum layup.