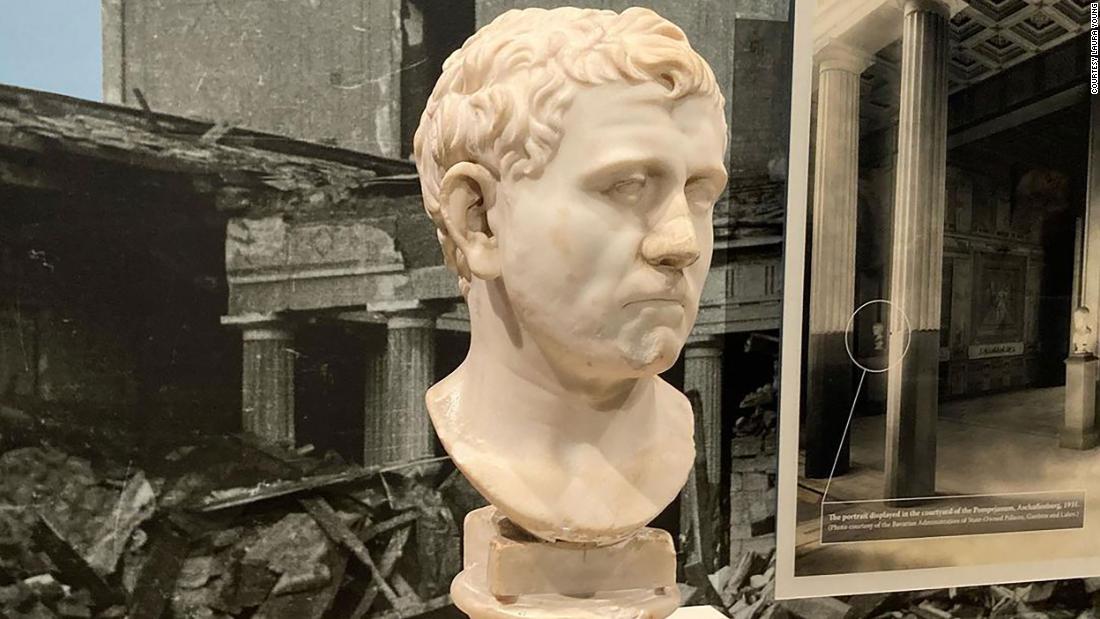 Back in August 2018, Laura Young was shopping in an Austin-area Goodwill when she stumbled upon a 52-pound marble bust.

“I was just looking for anything that looked interesting,” Young said, and when she saw it, she knew she had to have it.

“It was a bargain at $35, there was no reason not to buy it,” Young said. She told CNN Friday she has been reselling her antique finds since 2011.

After the transaction, she knew she had to do some digging to see if the piece had any history to it.

And history it had.

Little did she know that purchase would have Roman ties and end up in the San Antonio Museum of Art (SAMA), 4 years later.

She contacted auction houses and experts to get any information she could on the marble structure.
Eventually, Sotheby’s confirmed that the bust was in fact from ancient Roman times, and they estimated it to be about 2,000 years old.

A specialist was able to track down the bust on a digital database and found photos from the 1930s of the head in Aschaffenburg in Bavaria, Germany.

Lynley McAlpine, a postdoctoral curatorial fellow at SAMA, told CNN it is believed to be the bust of Sextus Pompey, a Roman military leader. His father, Pompey the Great, was once an ally of Julius Caesar.
The bust was housed in a replica of a Pompeii home, also known as Pompejanum, which was commissioned by King Ludwig I of Bavaria.
There it was on display until World War II, which was the last time it was seen until Young bought it in 2018.

The bust, along with other artifacts in the home, had been moved into storage before the Pompejanum was bombed and destroyed during the war. At some point, the piece was stolen from storage.

“It seems like sometime between when it was put into storage until about 1950, someone found it and took it,” McAlpine said. “Since it ended up in the US it seems likely that some American that was stationed there got their hands on it.”

Young says she still wonders just how the piece ended up at a Goodwill in Austin, Texas.

She said she tried to find the person who donated the statue through Craigslist, but had no luck.

“I would really love it if whoever donated it came forward,” Young said. “It’s most likely not the original person who took him, but would still like to know the story.”

The piece is currently being slow out contractually to SAMA for a year, but McAlpine explains it is still technically owned by Germany since it was looted from storage.

Young is proud to see her unique find on display for others to learn its history, but after May 2023, the bust will be sent back to Germany where it’ll go back on display, once again, in the Pompejanum.