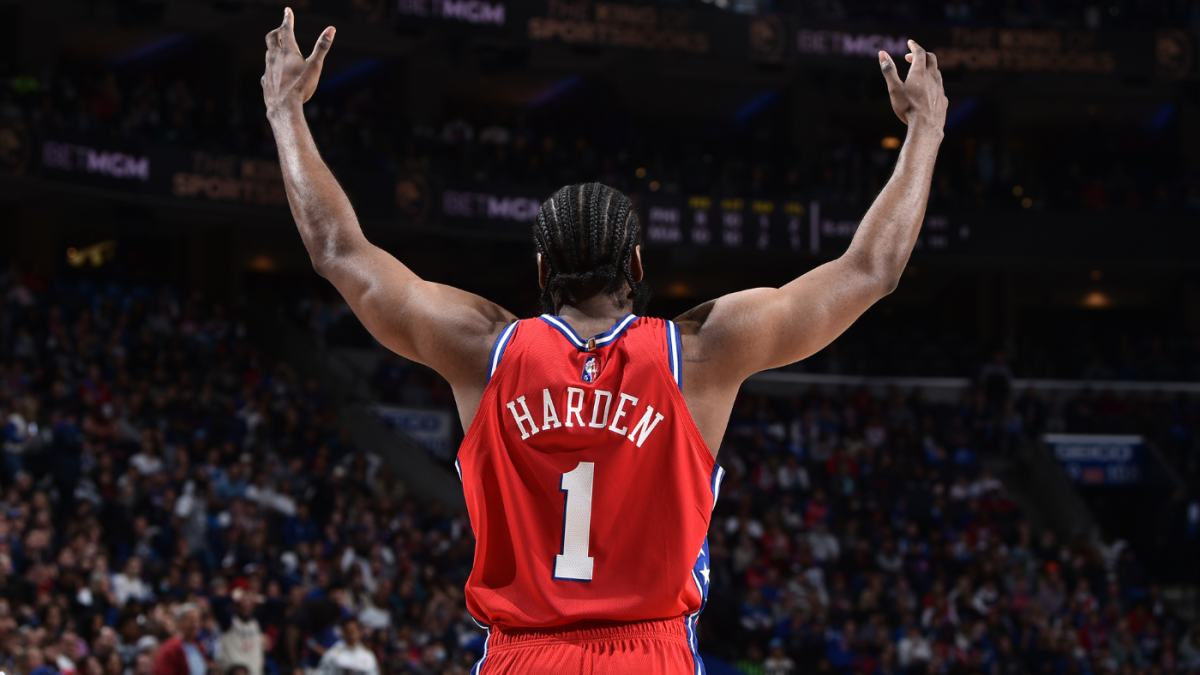 The Philadelphia 76ers have new life in their Eastern Conference semifinals series against the Miami Heat following their 116-108 victory in Game 4 on Sunday night. After losing the first two games without the services of Joel Embiid, Philadelphia has bounced back in a. major way on their home floor with the team’s MVP candidate on the floor.

In the end, Jimmy Butler led all scorers with 40 points but it was the Sixers’ balanced attack, led by James Harden’s 31 points, nine assists and seven rebounds that ultimately led to the win for Philly to even the series. These two teams will square off in South Beach on Tuesday night in Game 4 with the opening tip scheduled for 7:30 pm Here are the biggest takeaways from Game 4.

1. Will the real James Harden please stand up?

James Harden was Philadelphia’s best player on Sunday. The numbers, in a vacuum, were stellar: 31 points, nine assists and seven rebounds is the sort of production a team should expect out of a player it has invested as much in as Philly has in Harden. He made nearly as many 3-pointers (six) as the Heat did as a team (seven).

And yet, I can’t help but wonder what it says about Harden that this is the sort of performance he’s getting praised for. After all, he averaged just shy of 34 points, eight assists and seven rebounds two seasons ago. This was not peak James Harden. This wasn’t even a throwback to his old self. He only made two two-point shots in the entire game. He was certainly more aggressive as an attacker, and his 10 free throw attempts were the second-most he’s earned this postseason. But it’s not as though he rediscovered his old first step. Harden had shot 28.3 percent on his 3s in Philly’s past eight playoff games. That isn’t who he really is. But neither is 6-of-10 and without that hot shooting, the conversations surrounding his performance probably aren’t changing much.

Scoring isn’t all Harden does. Even in his compromised state, he’s been a stellar playmaker for Philly throughout the postseason. But I don’t think we’re quite at the point where we can view 30-point outings as something we can expect frequently out of Harden yet. It’s entirely possible that the shooting variance swings against him in Game 5 and we’re right back where we started.

2. The Butler did it

Jimmy Butler is a great scorer, but not always an especially eager one. He likes playing in Miami’s egalitarian offense. He’s not going to take 20 shots every night by choice. This postseason has just forced his hand. He scored 40 in the Game 4 loss, but until Bam Adebayo’s late-game scoring binge, he had three times as many points as all of his teammates. After averaging 21.4 points per game in the regular season, Butler is at nearly 30 in the playoffs. He scored just under 40 percent of Miami’s points in the two games these teams just played in Philadelphia.

The question here becomes… can anyone else step up offensively for the Heat? Anyone at all? Kyle Lowry is dealing with a severe hamstring injury. “I’d put it this way, you don’t want to play with it,” Lowry said after Game 4. The Heat have never asked Adebayo to carry a major shot-creation burden. That’s Tyler Herro’s entire job, but he’s shot just 9-of-27 over the past two games.

Is it time to dust off Duncan Robinson? Miami’s $90 million shooter has made eight 3-pointers in their playoff opener against the Hawks and has scarcely been seen since. If nothing else, some Robinson minutes might make life easier for the rest of the offense, because Butler can’t score 40 every night.

3. Miami’s primary weakness is getting exposed

Miami’s offense around Butler has been a problem all series, but its fourth-quarter offense has been a concern all season. The Heat ranked 21st in fourth-quarter offensive rating this season and 24th in clutch offensive rating. This is a team designed to suffocate you on defense for the first 43 minutes so that it doesn’t need to score much in the last five. When it does? The Heat runs into problems.

Having Lowry as a table-setter would make a big difference, but it doesn’t look like he’s going to be healthy enough to make a major impact in this series. Herro, even when he is scoring, presents different problems. Philly switch-hunted him into oblivion in the regular season, and if Harden is comfortable attacking the basket again, he’ll try to do so in this series too. The Heat countered by doubling Harden on those attempted hunts a few times in the fourth quarter, but Harden is such a good passer that playing that way is extremely dangerous. Adebayo does not space the floor. Tucker does more in theory than in practice. Miami’s late-game offense too often boils down to “hey Jimmy, think you can create something?”

That’s not a fixable problem in the middle of a playoff series. Miami’s goal needs to be winning the first three quarters so the fourth is less of a problem. They just have fewer ways of generating points in the final minutes than the Sixers do.