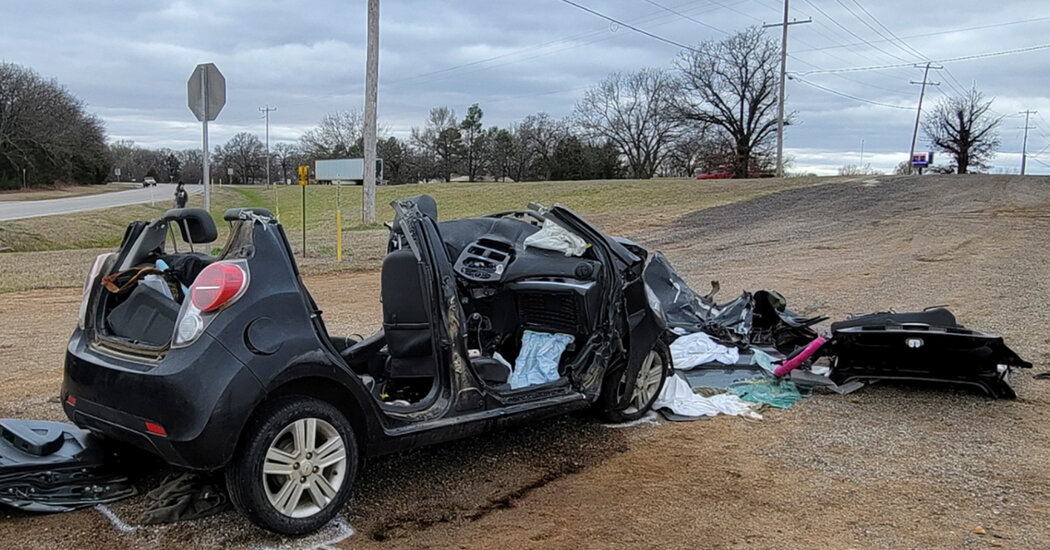 Six high school students were killed in a crash on Tuesday when the vehicle they were in collided with a semi-truck in Tishomingo, Okla., a rural city about 120 miles southeast of Oklahoma City, the authorities said.

The Oklahoma Highway Patrol did not immediately release the names of the students, but they were all girls and in the “small passenger vehicle,” Sarah Stewart, a spokeswoman for the agency, said in an email.

The condition of the driver of the truck was not immediately known. The crash, which is under investigation, occurred at the intersection of US Highway 377 and State Highway 22 at around 12:30 pm, Ms. Stewart said.

Bobby Waitman, the superintendent of Tishomingo Public Schools, said in an interview that the six students all attended Tishomingo High School, which has about 240 students and is one of three schools in the district, which also includes a middle school and an elementary school.

“This is a community that supports one another,” he said. “It’s a very close-knit community, so the entire community will be grieving these young people’s loss.”

Mr. Waitman said he was awaiting more information about the crash from the highway patrol. “Our hearts are broken,” he said in a statement to parents and community members.

The Johnston County Sheriff’s Office said on social media that the highway was open to traffic again as of Tuesday afternoon.

“Our prayers are with each of the families involved and our community,” the statement said. “This is an absolute tragedy which will have life long effects. This community and families need our support and prayers at this time.”

The crash came one week after a 13-year-old boy was behind the wheel of a pickup truck that struck a van in West Texas, a collision that killed nine people. The dead included a University of the Southwest golf coach and six of his players, along with the boy and a man traveling with him, officials said.