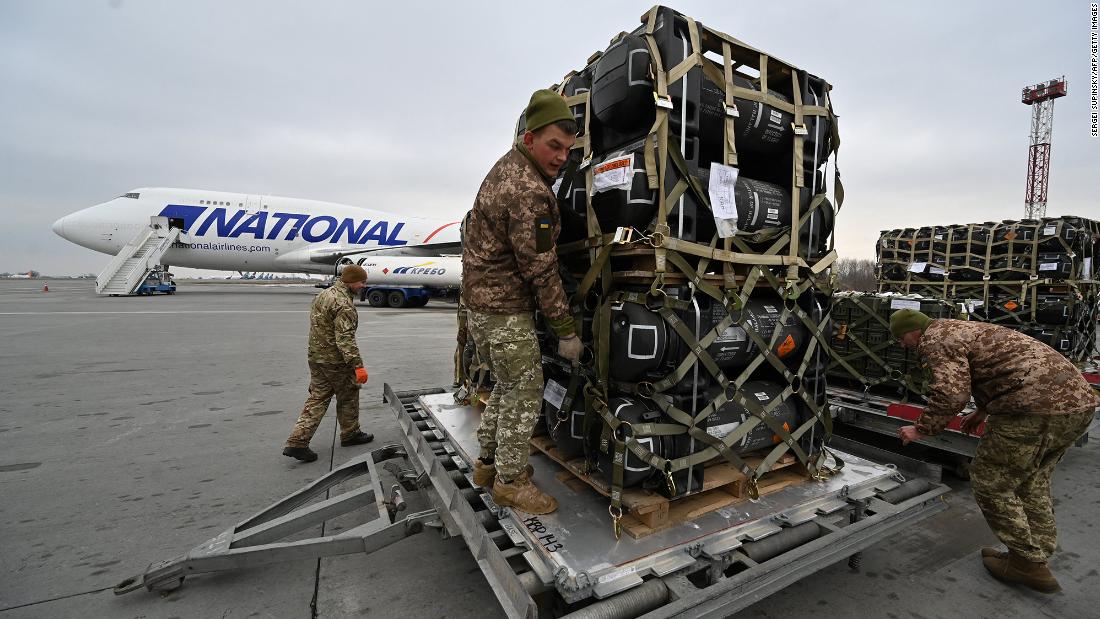 After an 11-day manhunt, an inmate who escaped an Alabama jail has been captured and is back behind bars. The corrections officer he fled with — whom authorities believe he had a romantic relationship with — died of an apparent self-inflicted gunshot wound. And this isn’t the first jail love story we’ve seen before. Experts say there’s even a term for this kind of attraction: “Bad Boy Syndrome,” or the interest in those who commit heinous crimes.

Here’s what you need to know to Get Up to Speed ​​and On with Your Day.

(You can get “5 Things You Need to Know Today” delivered to your inbox daily. Sign up here.)

The House of Representatives yesterday passed a roughly $40 billion bill to deliver aid to Ukraine as it continues to face Russia’s brutal assault. The measure will next need to be passed by the Senate before it can go to President Joe Biden to be signed into law. According to the measure, billions of dollars will be used to send military equipment and weapons from US stocks to Ukraine and to purchase weapons from contractors, among several other allocations. Ukrainian President Volodymyr Zelensky thanked House Speaker Nancy Pelosi and the “friends” of his country for approving the bill. This comes as Belarus, an ally of Russia, said it will deploy special forces to the border of Ukraine because “the United States and its allies continue to increase their military presence at the state borders,” a military official said.

West Virginia and Nebraska held primary elections yesterday, and former President Donald Trump suffered his first big loss of 2022 in Nebraska after his chosen candidate for governor in the Republican primary lost to the state party’s choice. Trump fared better in West Virginia, where his pick in a hotly contested GOP House primary cruised to victory in a battle of Republican incumbents. The first few rounds of 2022 primaries have doubled as a proving ground for Trump’s ability to bend the Republican Party to his will. That theme will continue into next week’s slate, especially in Pennsylvania, where his endorsed Senate candidate is heading into a three-way race for the GOP nomination.

The national average price for regular gasoline soared to new a record high yesterday at $4.37 a gallon, according to AAA. That tops the prior record of $4.33 set on March 11. In several states, that price is even higher. California, Hawaii and Nevada have all exceeded $5 a gallon, the latest readings show. With prices up 17 cents in the past week alone, some experts say this will only add to inflationary pressures that have raised recession fears, rocked financial markets and soured Americans’ views on the economy. Gas prices are up about 25% since Russia’s invasion of Ukraine roiled global energy markets, and some analysts fear even higher prices are coming.

Protesters in Sri Lanka have burned down homes belonging to 38 politicians as the crisis-hit country plunged further into chaos, with the government ordering troops to “shoot on sight.” Police in the island nation said yesterday that in addition to the destroyed homes, 75 others have been damaged, as angry Sri Lankans continue to defy a nation-wide curfew to protest against what they say is the government’s mishandling of the country’s worst economic crisis since 1948. The Ministry of Defense yesterday ordered troops to shoot anyone found damaging state property or assaulting officials. Violence has left at least eight people dead since Monday, although it is unclear if all of the deaths were directly related to the protests. More than 200 people have been injured.

Elon Musk said yesterday that he would restore former President Donald Trump’s banned account on Twitter if his $44 billion deal to acquire the company is completed. The comments come after Musk previously said he thinks Twitter should be more “reluctant to delete things” and “very cautious with permanent bans.” Yesterday, he called Twitter’s decision to ban Trump in January 2021 a “mistake.” Jack Dorsey, Twitter’s co-founder and former CEO, tweeted yesterday following Musk’s remarks that he does “agree” there shouldn’t be permanent bans on Twitter users. Trump has said he would not return to Twitter even if his account were restored, instead promoting his own social media venture, Truth Social, which has so far appeared to struggle to get off the ground.

Impressive is an understatement. Check out this video and audio from the heart-racing ordeal.

Remember the days when you would click a wheel to shuffle your iPod? Or spend minutes scrolling to find your favorite song? Or having to struggle to untangle your cord headphones? Those were good times.

Balenciaga is selling destroyed sneakers for $1,850

When you think of a luxury fashion house, these dirty and destroyed sneakers probably don’t come to mind. Has the trend gone too far?

Eurovision: Here’s who is moving on in the competition

Some will sing along…others (like me) will cringe. The Eurovision Song Contest is underway and there certainly is no shortage of striking performances.

After 13 years, the long-awaited sequel will hit theaters in December.

NBA Hall of Famer Bob Lanier died yesterday. He was 73. Lanier, the eight-time All-Star who played for 14 years in the NBA, died after a short illness, surrounded by family, the NBA said in a statement. “His impact on the league went far beyond what he accomplished on the court,” NBA Commissioner Adam Silver said.

That’s the percentage of the Great Barrier Reef impacted by bleaching this year due to warming waters from escalating climate change. A new report from an Australian government agency confirmed this is the sixth mass bleaching event of the reef on record and the fourth since 2016. Coral reefs are some of the most vibrant marine ecosystems on earth, and somewhere between a quarter and a third of all marine species rely on them at some point in their life cycle.

“You cannot go into a war zone and not come away unchanged. You don’t have to see the sorrow with your eyes because you can feel it with your heart.”

— First Lady Jill Biden, on what she learned while visiting Eastern Europe over Mother’s Day weekend. In her opinion piece, Biden shares her experience meeting Ukrainian mothers and hearing their stories about enduring bomb strikes and struggling to obtain food. At the end, Biden directs a poignant message to Russian President Vladimir Putin: “Mr. Putin, please end this senseless and brutal war.”

Today is National Eat What You Want Day

If you want to set aside your positive eating habits for a little indulgence on this obscure holiday, here’s a little inspiration. Check out this short video on the history of chicken and waffles — the sweet and savory combo loved by many for both breakfast and dinner. (Click here to view)