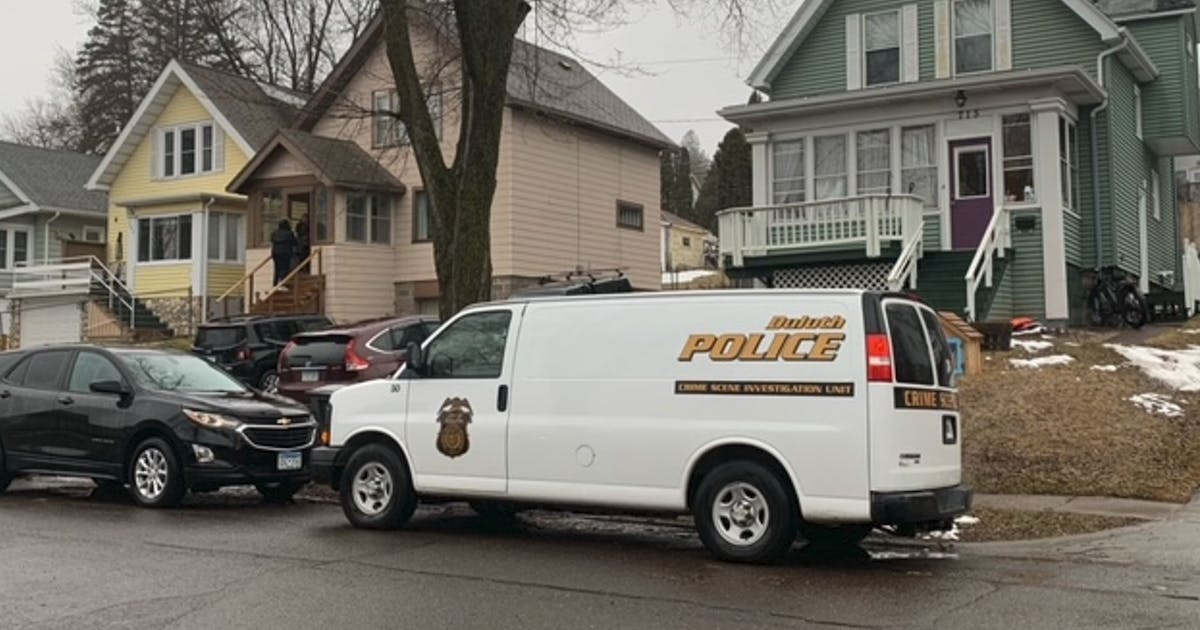 DULUTH — Five people were found dead inside a Duluth home on Wednesday after a mental health crisis turned into a tragedy, authorities said.

Duluth Police Chief Mike Tusken said police got a request to check on someone in nearby Hermantown. That led them to the Duluth home, where authorities found the bodies in the early afternoon.

Tusken called it an “unimaginable tragedy” at a news conference Wednesday evening. Police said the five individuals were all related to one another. Their names were being withheld until the next of kin could be notified.

The incident began to unfold earlier Wednesday when the Hermantown Police Department responded to a welfare call about 11:18 am but could not contact the individual in question. Authorities in Hermantown, immediately northwest of Duluth, contacted Duluth police with information that led to a check of a home in the 700 block of E. 12th Street, in the city’s East Hillside neighborhood.

Based on a tip that a person there had access to weapons, Duluth police called in officers from the Superior Police Department and the St. Louis County’s Sheriff’s Office.

“Due to the intelligence discovered, numerous law enforcement and public safety agencies responded to the scene,” according to a Duluth Police Department news release. “The home agencies that responded to was known to the subject.”

Authorities conducted what Duluth police called a “methodical search of the premise.” Officers were able to eventually enter the home, where they found five bodies as well as a dead dog. Duluth police said they continue to investigate what happened.

The home is in a close-knit neighborhood where many residents have lived for decades. One of the girls in the family had sold Girl Scout cookies to many of the neighbors, and the family was well-liked.

“They were really nice people — very friendly,” said Jodi Eaton, who lives across the street. The mother “did a lot of arts and crafts with the children; she was always taking them places. Very hands-on, very easy to talk to. It’s heartbreaking.”

The father worked an oilfield job in Alaska, Eaton said, and the mother was a social worker but mostly cared for her children.

Police remained on the scene Wednesday evening, a crime scene van parked in front of a green house with white shutters and a purple front door. Technicians carrying large cases of equipment went in and out.

Two doors down, Rick Adamski described the residents, a family of four, as “nice people.”

Adamski said he and a handful of neighbors have lived on this block, near Myers-Wilkins Elementary School, for decades. His daughter moved across the street a few years ago.

“I just can’t believe it,” Adamski said. The house has a tidy, well-built Little Free Library in the front yard with sleds, wagons and a bike sitting nearby.

“Tonight we are a community in pain and shock, sharing a sorrow for the loss of our people,” Duluth Mayor Emily Larson tweeted Wednesday evening. “My heart, like yours, absolutely hurts for the pain of loved ones and the fear people likely experienced on their final day here with us.”