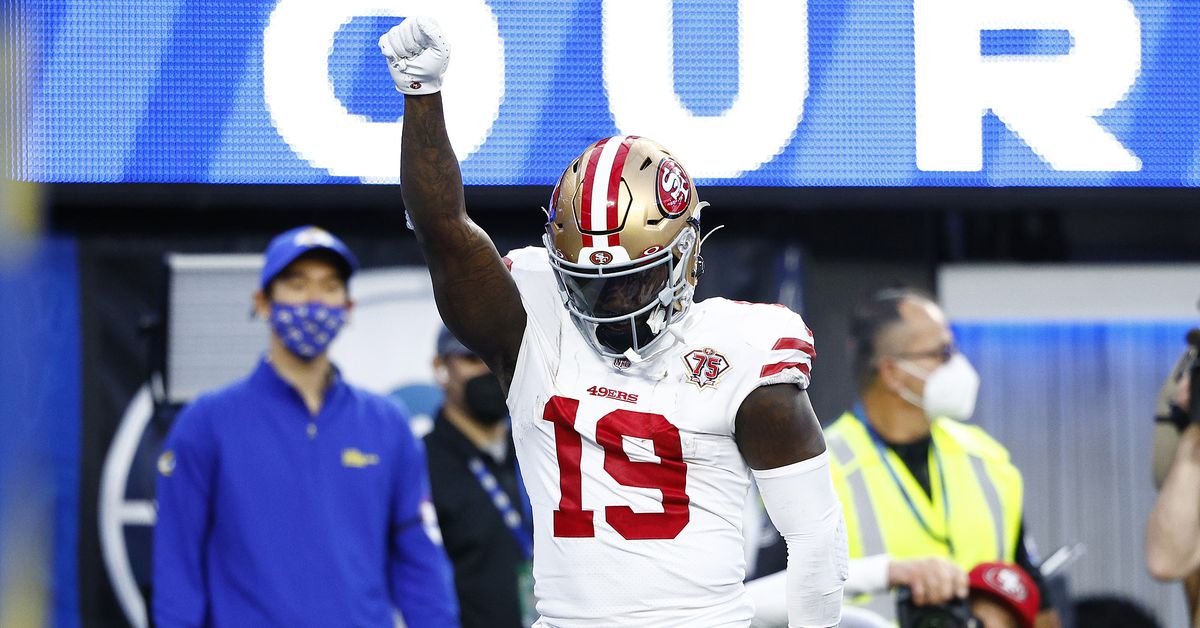 We didn’t hear much about Deebo after the first day of the NFL Draft, but according to ESPN’s Jeremy Fowler, nothing has changed on that front.

“It appears he is still dug in, still wants to be traded despite getting through the draft,” Fowler said on SportsCenter. “But he knows this could be a long wait now that the 49ers did not do a deal.

Perhaps they can try to repair the relationship. It has soured. The 49ers would like for that to happen… but right now, he still wants to be traded.”

That’s all well and good, but there isn’t really much Deebo can do to make that happen right now. There’s a reason he went public with his trade request before the draft – it was his last, best chance to get moved this offseason. Now that didn’t happen, the 49ers have no incentive to trade him before the season starts.

The 49ers have months to work things out with the draft in the rearview mirror.

Kyle Shanahan seemed pretty confident he could do just that on Friday.

“We have a great relationship with Deebo. I haven’t seen him a lot since the season ended. I think it’s a little bit easier when you’re dealing with people without screens and phones in front of you and what you guys read wherever it is and what most of the world is like that. I know my kids are. But I try not to get too caught up in it. You know somebody, they know you, and when there comes a time when it settles down, hopefully it’ll settle down more after this draft and things get somewhat easier. But this isn’t someone that we just met. We’ve been here with him for three years. I think we know him pretty well; he knows us pretty well; and things haven’t been the best over the last couple months through outside perception. But I see that happen a lot in this league, especially in contract situations. You try not to overreact one way or the other and try to be patient with it because emotions can get high with people, especially when you care about people and a lot is riding on it. But that’s what you’ve got to make sure you don’t react to. And you’ve got to make sure when it’s all said and done, first and foremost, you do what’s right for the organization, and then second of all you try to do — try to get a win-win for both sides.”

As I wrote last week, the 49ers are letting Kyle by Kyle and banking on the fact that his communication and relationships with players will be enough to counteract the cold, hard logic of Paraag Marathe’s negotiating tactics.

If they can’t, there’s no functional difference between trading Samuel now and moving him at some point before the trade deadline next season.

In the meantime, Deebo can hold his breath and stamp his feet all he wants. This thing isn’t going to be over for a while.