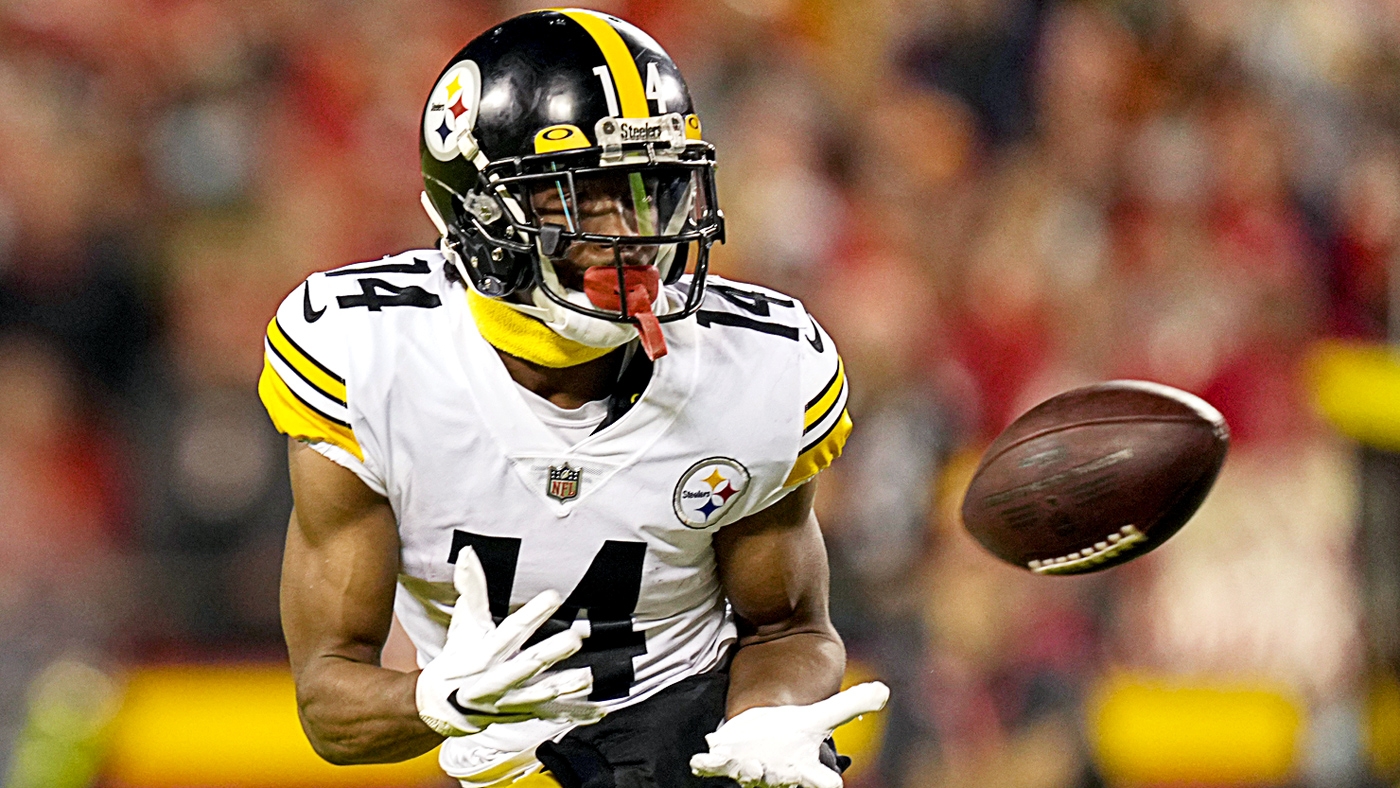 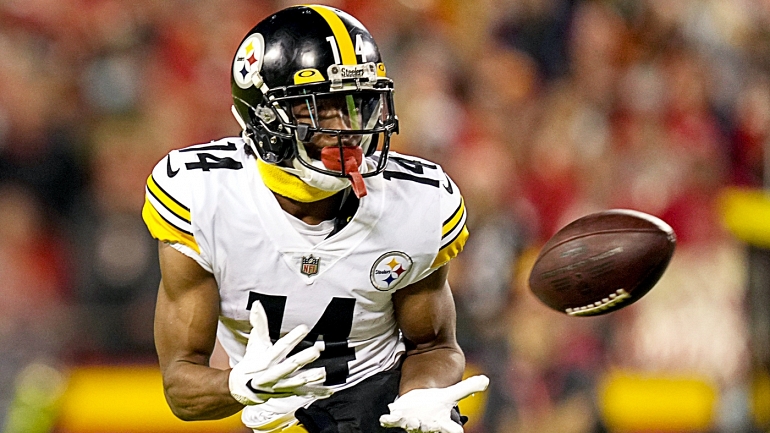 The offseason free agent additions by the 49ers of linebacker Oren Burks, wide receiver/return specialist Ray-Ray McCloud and safety George Odum may not have generated a huge amount of buzz among the team’s fans, but 49ers coaches couldn’t be more excited with the fact they were able to add all three of those players to the roster.

That’s because the 49ers headed into the offseason with a desire to improve on special teams while adding depth at each one of those positions, and Burks, McCloud and Odum were highly-ranked targets for the 49ers in each area. And so far, each player has exceeded the expectations surrounding them when they were brought aboard.

49ers head coach Kyle Shanahan and special teams coordinator Brian Schneider spoke during the team’s recent State of the Franchise event about the additions of Burks, McCloud and Odum, each of whom were signed to multi-year free agent contracts in March. The coaches explained that each position on offense and defense is evaluated separately from special teams, and that Burks, McCloud and Odum all ranked highly at their respective positions in addition to what they’re capable of on special teams. As a matter of fact, Burks, McCloud and Odum were all number one on Schneider’s wish list by position when it came to what the players could offer on special teams, with Schneider saying he can’t remember a time when a team was able to land three top players on his board while also filling needs on offense and defense.

“I think I’ve been in the NFL for 14, 13 years, and I’ve never had anything like that happen where it all works out,” Schneider said.

Burks, 27, came to the 49ers on a two-year deal after spending four seasons with the Green Bay Packers. Burks made an impact for the Packers on special teams, and he’ll be expected to do the same with the 49ers. But the 49ers also feel Burks can get the job done at linebacker if Fred Warner, Azeez Al-Shaair or Dre Greenlaw get hurt (which happened to each of them to various degrees last season).

“Everyone really likes our three starters,” Shanahan said. “Now we’ve got a guy behind them who if one of those guys gets hurt, he can come in and play good starting linebacker football. But while he’s not doing that, we think we’ve got one of the best special teams players in the league.”

Odum, 28, signed a three-year deal with the 49ers after spending four seasons with the Indianapolis Colts. He was an All-Pro selection as a special teamer in 2020 and also started seven games at safety for the Colts in 2021. Schneider said Burks and Odum have been better than expected on and off the field since joining the 49ers.

“Both of these guys came in and what they did on the field is even better than the tape,” Schneider said. “But what makes me more excited is the meeting rooms — how they prepare, the professionals that they are. It’s just been amazing to have them in the room.”

But perhaps the most intriguing addition of the group is McCloud, who shined over the past two seasons with the Pittsburgh Steelers as a return specialist before signing a two-year deal with the 49ers. The Speedy McCloud also caught 59 passes in two seasons with the Steelers, and Shanahan may have big plans for him on offense.

“I didn’t even look at his punt returns,” Shanahan said about his evaluation of McCloud. “I just looked at his receiver stuff, and I wanted him as a receiver. Badly. But you’ve got to go out and pay for that. You look at the balance of how you do your money, and it’s like alright, wait , he’s you’re number one punt returner also?”

“Ray-Ray’s electric,” Jennings said at the State of the Franchise event. “Ray-Ray’s been having a great camp this year. He’s been reading the defenses right. One of my favorite plays is the choice route, and he’s been doing great at that. I just like looking at that route; he’s been running it good . That’s just from what I’ve seen. As far as everything else, he’s fast and he has a feel. He has a feel to him.”

The 49ers gave a $4 million deal to McCloud, a $5 million deal to Burks, and a $5.7 million deal to Odum, with roughly around $7 million in combined guaranteed money for the three players. Shanahan says each player will be giving the 49ers bang for their buck, with their ability to fill multiple roles making a difference in the overall strength of the roster on gamedays.

“You want special teams players all the time,” Shanahan said. “The problem is, if you’re going to go out and draft or pay in free agency (for) a guy just for special teams, it is going to hurt your offense and defense in the long run because you only have so many guys up on gameday. You only have 53 on the roster. You only get 47 up, 48 with extra. But all those guys have a job to do, and if you have three guys on your roster just for special teams and you have two injuries , now you’ve got guys out there who shouldn’t be on the field playing the whole game on offense and defense and too tired to play special teams. having someone who’s not good at special teams, and it just takes everything apart.”

The San Francisco 49ers want to trade Jimmy Garoppolo. They hope to trade the veteran quarterback when he fully recovers from his March 8 shoulder surgery, which should be in about a month. Last night, general manager John Lynch, speaking at the “Dwight Clark Legacy Series” event, said he expects the trade conversations to resume once Garoppolo is healthy. At the Dwight Clark Legacy Series event, John Lynch says he expects Jimmy Garoppolo trade movement to resume when he gets healthy, which is expected in about a month. Lynch spoke of Garoppolo’s contributions to the 49ers in the past tense, says Trey Lance’s

George Kittle joined comedian Kevin Hart on his LOL Network show, Cold as Balls (h/t TheSFNiners). The San Francisco 49ers tight end discussed football, his desire to win a Super Bowl, his love of Harry Potter, his cosplay of choice if he went to San Diego Comic-Con, and more while submerged in an ice bath. Kittle also revealed his desire for the NFL to add a second bye week for NFL teams. “Seventeen games is a lot,” Kittle told Hart. “It’s a lot of games with one bye, whether it’s Week 4 or the bye is Week 11. I’m advocating for two byes. If you can get that to happen, that would be cool.” Hart assured the tight end that it was a done deal. Kittle also cleverly avoided

In February, it was reported that San Francisco 49ers general manager John Lynch was offered about three times his current salary to leave his front-office job and return to the broadcast booth. Lynch worked for FOX before signing on with the Niners. That kind of offer would come in around an estimated $15 million annually. After last season, Lynch addressed the rumors that he was contemplating a return to broadcasting. “From time to time, opportunities are presented, and I can tell you and tell everyone that my commitment right now is to this

Louis Riddick has high expectations for San Francisco 49ers quarterback Trey Lance. The ESPN analyst has been high on the former North Dakota State star for a while now, saying before last year’s draft that he expects Lance to have an “All-Pro, legendary type of career.” Riddick also saw the 49ers as a good fit for the young quarterback. If you’re the 49ers GM, who do you take with the No. 3 overall [email protected]: “Trey Lance in particular, of all these quarterbacks, I think is the guy. Especially within the context of this kind of