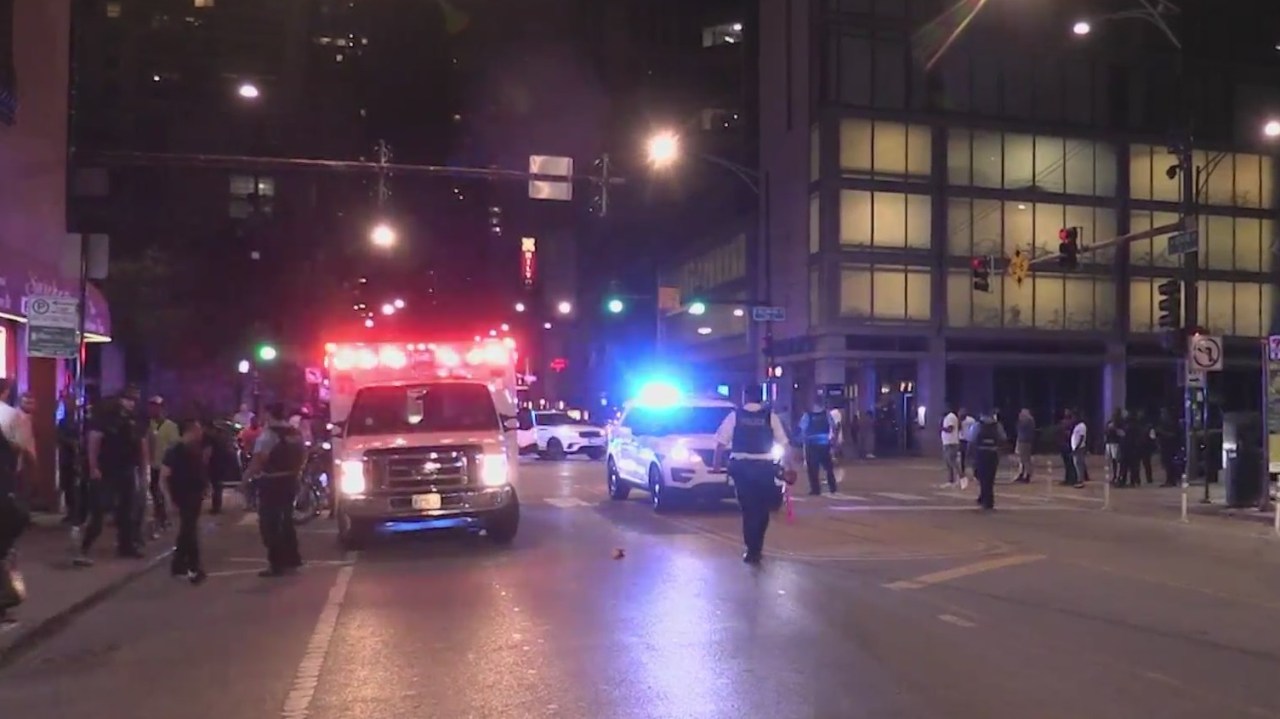 CHICAGO – Four people were injured, one critically, in a shooting early Sunday morning in River North.

According to police, the four people were outside Snickers Bar and Grill in the 400 block of North State Street around 1 am at the time of the shooting.

A witness told police a person in a white sedan was headed southbound on State Street and began firing a gun.

A 29-year-old man was struck in the neck, jaw and chest and is in critical condition, police said.

Police said a 40-year-old woman was shot in the leg and knee and was transported to the hospital in fair condition.

Additionally, a 41-year-old man suffered a graze wound to the leg and was taken to the hospital in good condition, according to police.

A third man, 27, was shot in the foot and was taken to the hospital in good condition.

A witness described hearing as many as 16 shots.

Sunday’s shooting is just one of several shootings that have happened in the area in the past several months.

On May 30 three people were injured in two separate shootings

On June 18, a woman was shot and seriously wounded while inside of a parked vehicle and a few days later on June 23, a man was shot during an attempted armed robbery.

The River North Association released a statement following Sunday’s shooting that read, “The casual violence of these incidents is terrible, but what’s even worse is their frequency. This kind of behavior can’t be allowed to become normalized,”

No one is in custody. Police are investigating.