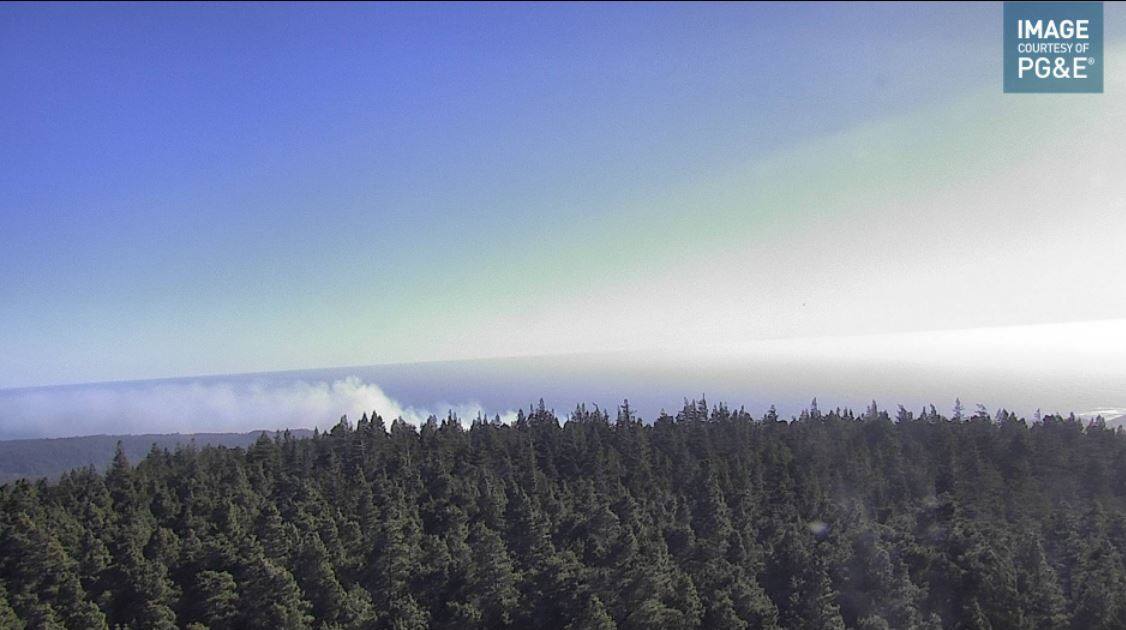 Firefighters are investigating the cause of a blaze that scorched 30 acres and forced evacuations for several hours Friday south of Point Arena in Mendocino County.

The Owens fire was reported just after 3 pm and burned east of Highway 1 in an area 50 miles north of Bodega Bay, according to Cal Fire.

Its forward progression stopped by 8 pm Firefighters had contained at least 5% of its perimeter.

The Mendocino County Sheriff’s Office issued mandatory evacuations along Bill Owens and Schooner Gulch roads, which are parallel to each other east of Highway 1.

Evacuations were lifted around 9 pm and there was no damage to property.

The evacuation area stretched just under 3 miles east of the shore and residents were advised to evacuate to Ten Mile Cutoff Road.

A 1-mile stretch of Highway 1 was closed, according to the California Highway Patrol.

“It’s kind of faint at this point, but you can see it,” said Matthew Kidwell, a meteorologist with the Eureka office.

Just after 6:30 pm, the Sonoma County Sheriff’s Office advised smoke had entered the region and urged residents not to dial 911 unless they saw flames.

Area winds moved southeast with tastes as strong as 24 mph. Temperatures are in the 50s with humidity nearing 80%.

Weather conditions were in the firefighters’ favor, Kidwell said.

A cause for the blaze has not yet been determined.

You can reach Staff Writer Colin Atagi at colin.atagi@pressdemocrat.com. On Twitter @colin_atagi.