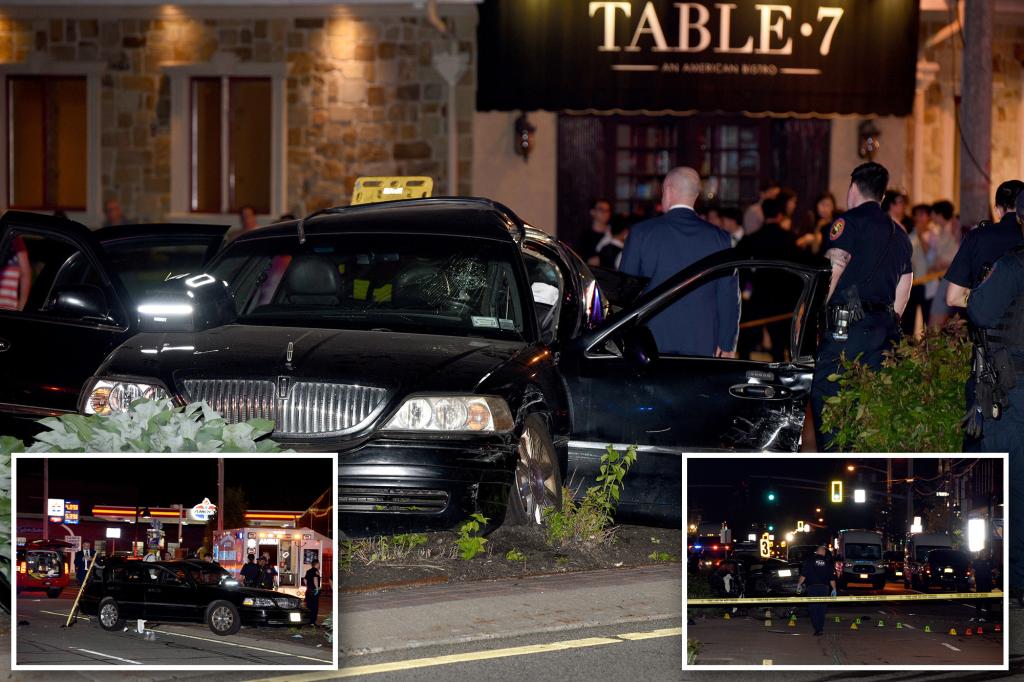 Three women were killed in a late-night crash Saturday by an accused drunk driver on Long Island after they left a Sweet 16 party, according to police and sources.

The crash came at 11:11 pm Saturday in New Hyde Park outside an event space on the Jericho Turnpike, where a driver of a Mercedes-Benz sedan rammed into a Lincoln Town Car carrying a driver and five other passengers, the Nassau County Police Department said Sunday.

Three of the female passengers in the back seat of the car were pronounced dead at the scene, according to the department.

The driver and other passengers of the Lincoln were taken to nearby hospital, and are in stable condition, the Nassau County Police Department said.

The driver of the Mercedes, Dante Lennon, was charged with a DWI and three counts of Vehicular Manslaughter, cops said. Lennon — a 22-year-old from Freeport, Long Island – was taken to a local area hospital to be treated for non-life-threatening injuries, and will appear in court when he is well enough, according to police.

A law enforcement source told The Post the women who were killed had just left a Sweet 16 party at the Inn at New Hyde Park. The venue hosts weddings, bar mitzvahs, Quinceañeras and other celebrations, according to its website.

“Very disturbing, never seen that ever in my life,” said witness Jaylen Augustin, according to ABC7. “[W]hy would that happen? I just can’t believe it.”