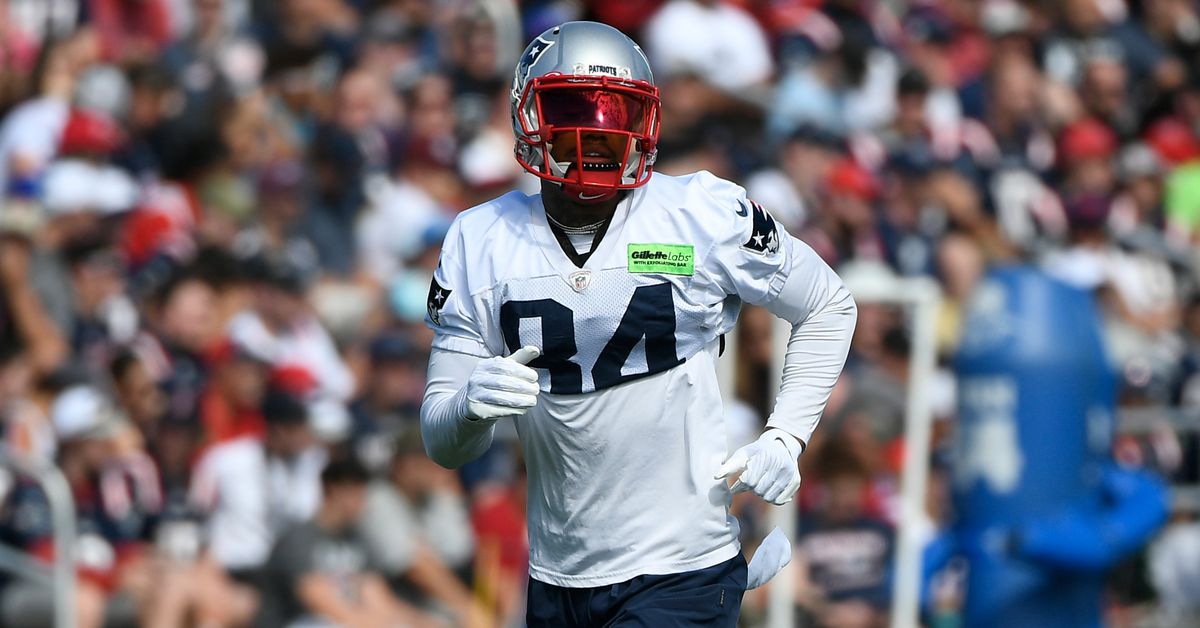 The New England Patriots’ first joint practice with the Carolina Panthers was a heated affair — one that boiled over at several points. When cooler heads started to prevail again, three members of the Patriots and two of the Panthers were sent packing.

After some minor skirmishes, the session saw a bench-clearing fight break out following a pass completion from New England quarterback Mac Jones to Kristian Wilkerson. The third-year wide receiver exchanged some words with the Carolina bench after the grab, which in turn led to the Panthers defensive backs joining in.

The situation escalated from there. After the dust had settled, Wilkerson and fellow wideout Kendrick Bourne were ejected, as was Panthers safety Kenny Robinson.

That was not the end of the fighting, though. On the very next play, Patriots offensive tackle Trent Brown and Panthers linebacker Brian Burns had a heated exchange that ultimately did not lead to another fight.

That would not come until a short time later, when New England’s James Ferentz and Carolina’s Phil Hoskins wrestled each other to the ground. Both were also ejected, and prompted head coaches Bill Belichick and Matt Rule to gather their respective teams before finishing the 11-on-11 segment.

At that point, Wilkerson, Bourne and Ferentz were already off to the locker room. They became the fifth, sixth and seventh Patriots sent off under Belichick’s strict no-fighting rules.