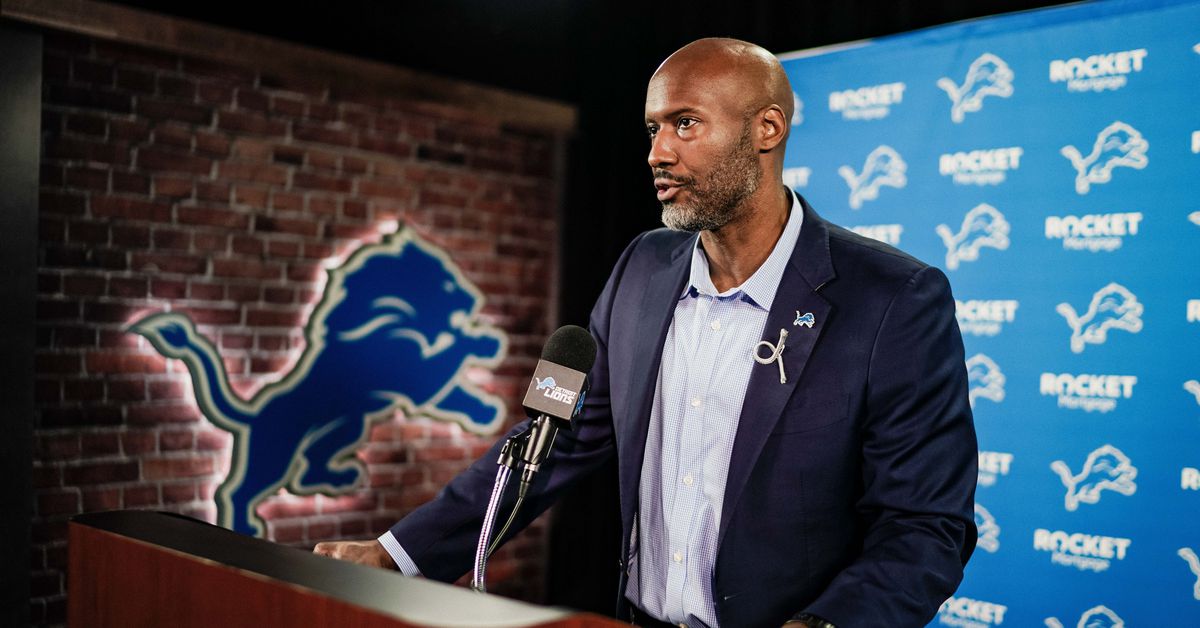 Due to the unpredictable nature of the NFL Draft, most fans and analysts believe trading down to acquire more picks is typically good business. Give yourself more opportunities to hit on a player and you increase your chances of finding someone. For a rebuilding team like the Detroit Lions, more draft resources certainly makes a lot of sense.

However, we need to at least explore the possibility that the Detroit Lions trade up. General manager Brad Holmes traded up once last year, moving up a round to grab Derrick Barnes in the fourth. He also reportedly tried to trade up to get wide receiver Ja’Marr Chase, and he told reporters he thought about trading up to get Levi Onwuzurike before he eventually fell to them anyways.

So even though a trade up would certainly be considered risky and cost Detroit valuable draft capital, it remains a possibility during next week’s draft. But what would that look like?

This is the “Lions love Aidan Hutchinson so much, they can’t bear to be without him” scenario. It’s a costly move, as Detroit gives up another potential starter with their second-round pick… plus they give up potential ammo next year, if they’re trying to build capital for a potential trade up for a quarterback in 2023. Barnwell admits this deal does favor the Jaguars a bit according to several trade charts.

“This doesn’t feel like much to move down one spot, but it’s a win on both the Johnson and Stuart chart for the Jaguars,” Barnwell said.

From the Lions’ point of view, it’s hard to get on board with this one. You’re losing the analytics of the deal, you’re giving up a prime draft pick, and you’re putting all of your eggs in Hutchinson’s basket when there are other viable edge options that will be there at 2.

But why would the Lions make this trade? Who would they be targeting? Barnwell suggests they could grab one of the top-tier wide receivers at 32.

“Their quarterback of the future probably isn’t on their roster, but having Amon-Ra St. Brown, D’Andre Swift, TJ Hockenson and a wideout such as Chris Olave would give Jared Goff plenty of options in Detroit,” Barnwell wrote .

Olive is one option. Other receivers who could theoretically be there include USC’s Drake London, Alabama’s Jameson Williams, or Arkansas’ Treylon Burks.

The Lions could also grab a higher-tier defender with this pick. If they don’t go edge with their first pick, this could be the range in which Florida State’s Jermaine Johnson could go, or George Karlaftis of Purdue. The Lions could also ensure they get the top linebacker in this year’s class, depending on their preference between Utah’s Devin Lloyd or Georgia’s Nakobe Dean, the latter of which had a pre-draft visit with the Lions.

The other option at 14 is a quarterback, but let’s save that discussion for Barnwell’s third trade-up option.

Again, the Lions don’t lose a net pick, and in this instance, they add what would be a third third-round pick. Barnwell makes the case that this trade would allow the Lions to jump a couple of quarterback-needy teams like the Saints (19) and Steelers (20) or wide-receiver needy teams like the Eagles (18) and Saints.

The question here is which quarterback will be available? It seems unlikely Liberty’s Malik Willis will drop this far, but if he does, this would be a resourceful trade up that allows the Lions to get a potential franchise-changing quarterback while not losing too much in draft capital. More likely targets would be Cincinnati’s Desmond Ridder or potentially Pittsburgh’s Kenny Pickett. The Lions did have Pickett in for a visit this week, so they should feel comfortable in whatever their evaluation of him is.

Which one of these mock draft trades intrigues you?

Which mock draft trade do you like the best?