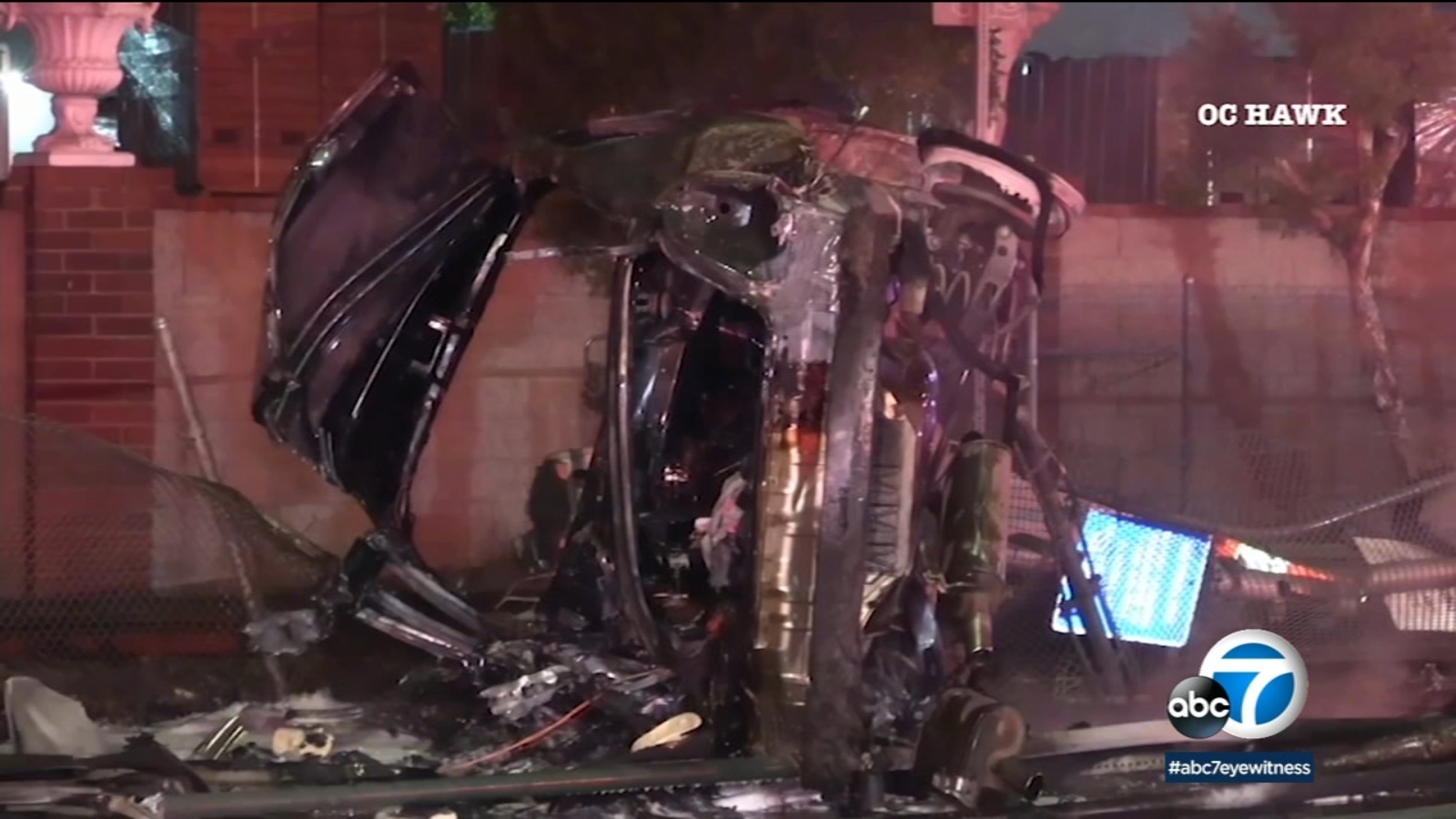 ORANGE, Calif. (KABC) — A 19-year-old from Exeter has been identified as the driver responsible for a fiery collision in Orange early Saturday morning that left three people dead and four others – including two juveniles – injured, police said.

According to an update issued by the Orange Police Department, Azarie Fuller was driving a 2005 Nissan Altima with six other passengers.

At about 2:45 am, officers conducting a traffic stop at Lincoln Avenue and Glassell Street spotted the car speeding southbound on Glassell Street and “tried to catch up with it,” said Sgt. Phil McMullin of the Orange Police Department.
The Altima “hit guardrails and signal lights related to a railroad crossing,” the sergeant said.

None of the car’s seven occupants were wearing seatbelts; Fuller and passengers were all ejected from the vehicle.

When officers arrived at Glassell Street and Taft Avenue, the sedan was engulfed in flames.

A nitrous oxide tank and balloons were found “in and around the vehicle,” McMullin said.

“When people put nitrous oxide in a balloon, it creates a temporary high and it can cause impairment,” he said. “In this instance, we believe it might have been used or contributed to the collision.”

Three people were pronounced dead at the scene, including a young man, a 14-year-old girl and a 26-year-old who has been identified as Gustavo Castro from Garden Grove.

“He is in critical condition,” said McMullin. “He is currently at a local hospital and based on the evidence and the statements we’ve received, we believe he was impaired and that was likely a factor in the collision along with the speed.”

Two of the three critically injured people were juveniles, according to investigators.

“We know for sure speed is a factor,” McMullin told reporters at the crash site. “We also believe that they were using nitrous oxide, based on tanks and balloons that were found at the scene, the driver was impaired.”
Investigators also believe alcohol and drugs may have also played a role in the crash in addition to speeding.

Meanwhile, some of the victim’s heartbroken family members were spotted grieving at the scene Saturday afternoon.

One witness said he was left shaken by the crash.

“I’ve never seen this before,” said Joshua Ellis. “It was shocking to see this fire at a railroad crossing. Never before have I seen it. The car when I came upon it, it was on its side. Flames were blazing in the air. Black smoke everywhere. The scent of burning metal and rubber and all that was everywhere.”

Anyone with information about the incident is urged to call the Orange Police Department at (714) 744-7444.