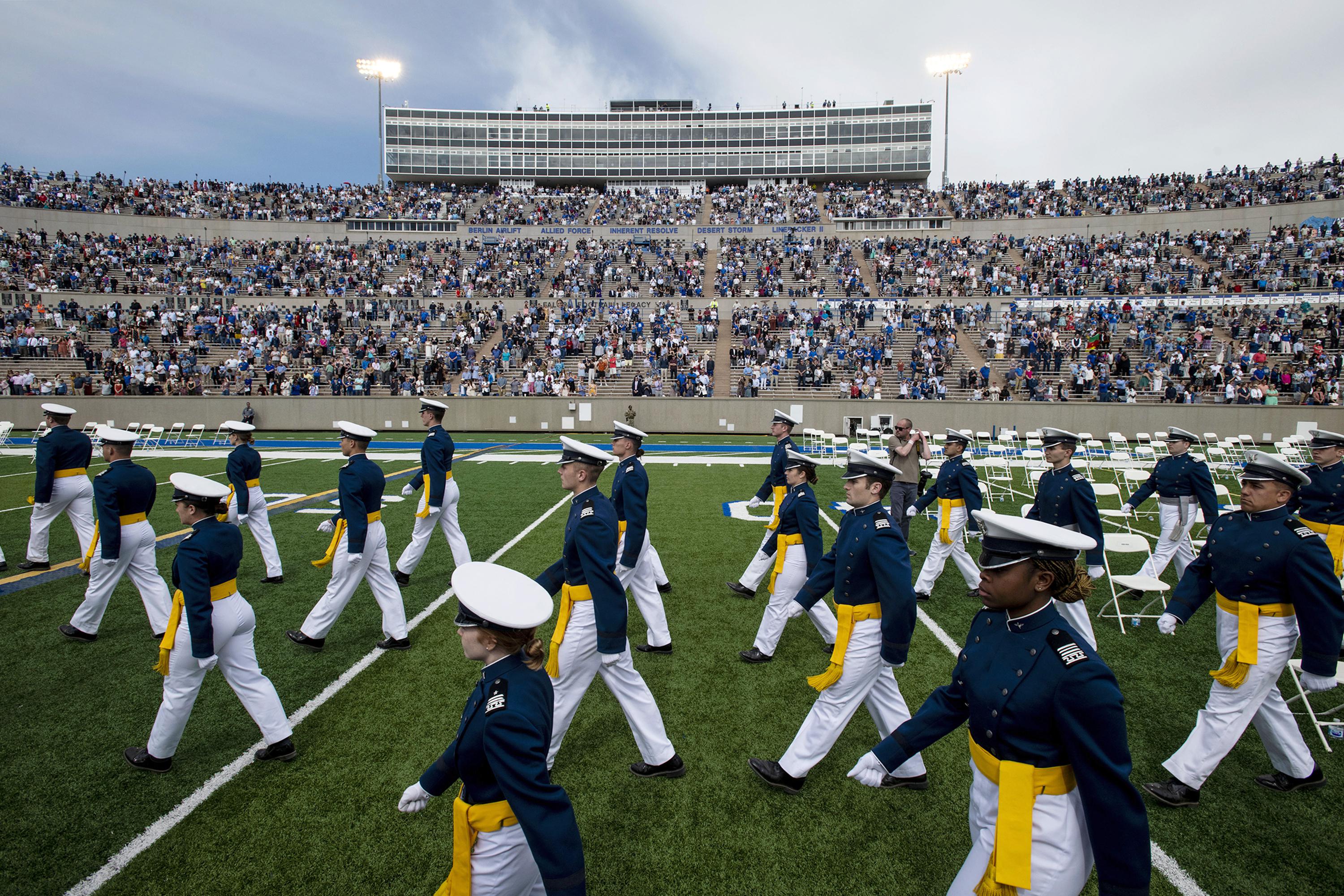 WASHINGTON (AP) — Three cadets at the US Air Force Academy who have refused the COVID-19 vaccine will not be commissioned as military officers but will graduate with bachelor’s degrees, the academy said Saturday.

Academy spokesman Dean Miller said that a fourth cadet who had refused the vaccine until about a week agodecided to be vaccinated and will graduate and become an Air Force officer.

In a statement, Miller said that while the three will get a degree “they will not be commissioned into the United States Air Force as long as they remain unvaccinated.” He added that a decision on whether to require the three to reimburse the United States for education costs in lieu of service will be made by the secretary of the Air Force.

As of Saturday, the Air Force is the only military academy, so far, where cadets are not being commissioned due to vaccine refusal. All of the more than 1,000 Army cadets at the US Military Academy at West Point, New York, graduated and were commissioned as officers earlier in the day and all were vaccinated.

The Naval Academy in Annapolis, Maryland, said Saturday that none of the Navy or Marine Corps seniors there are being prevented from commissioning due to vaccine refusals. That graduation is later this week, and the Air Force ceremony is Wednesday in Colorado. Ahead of that ceremony, the US Air Force Academy Board conducted its standard review of whether this year’s class had met all graduation requirements on Friday.

Defense Secretary Lloyd Austin, who is the scheduled speaker at the Air Force graduation, last year made the COVID-19 vaccinations mandatory for service members, including those at the military academies, saying the vaccine is critical to maintaining military readiness and the health of the strength.

Military leaders have argued that troops for decades have been required to get as many as 17 vaccines in order to maintain the health of the force, particularly those deploying overseas. Students arriving at the military academies get a regimen of shots on their first day—such as measles, mumps and rubella—if they aren’t already vaccinated. And they routinely get flu shots in the fall.

Members of Congress, the military, and the public have questioned if the exemption reviews by the military services have been fair. There have been multiple lawsuits filed against the mandate, mainly centering on the fact that very few service members have been granted religious exemptions from the shots.

Lt.Col. Brian Maguire, an Air Force Academy spokesman, said a week ago that all four of the cadets had been informed of the potential consequences and met with the academy’s superintendent. And he noted then that they still had time before graduation to change their minds – and one did.

The military academies for years have required students under certain circumstances to repay tuition costs if they leave during their junior or senior year. Often those cases involve students with disciplinary issues or similar problems. The costs can be as much as $200,000, or more, and any final decision on repayment is made by the service secretary.

Across the military, the Army, Navy, Air Force and Marine Corps have discharged as many as 4,000 active duty service members for refusing the vaccine. Those who flatly refuse the vaccine without seeking an exemption are still being discharged. But the courts have stalled additional discharges of service members who sought religious exemptions.

According to the military, as many as 20,000 service members have asked for religious exemptions. Thousands have been denied.

About 99% of the active duty Navy and 98% of the Air Force, Marine Corps and Army have gotten at least one shot.