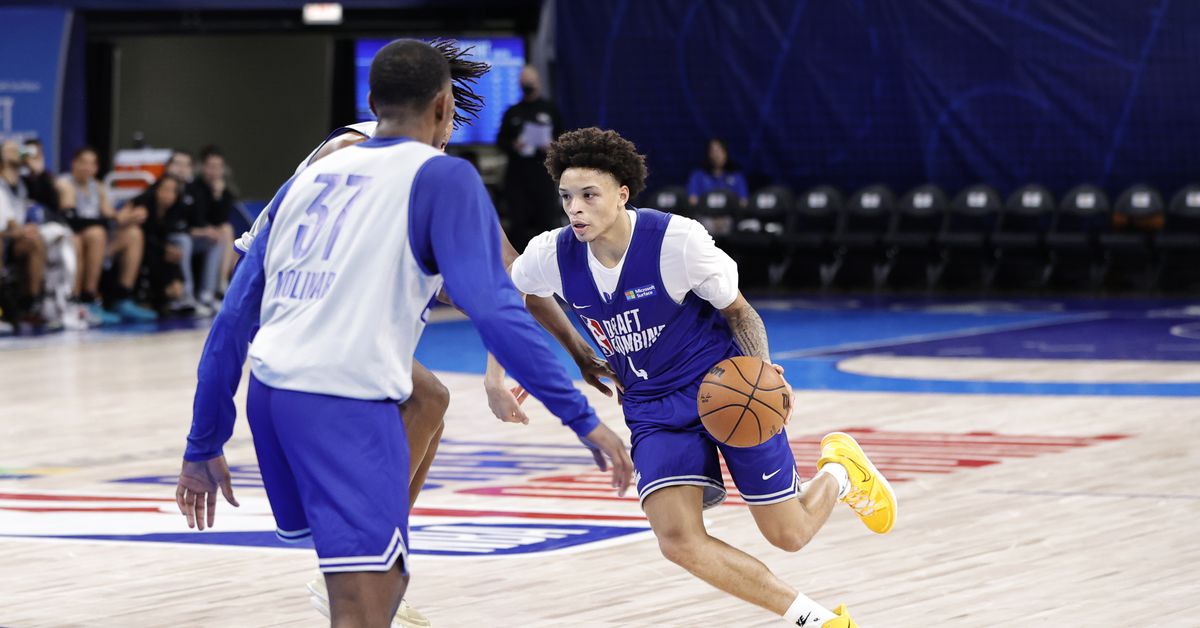 Despite having two second-round picks in the 2022 NBA Draft, the Golden State Warriors still decided to buy their way in. According to multiple reports, the Dubs sent cash and the No. 51 pick to the Atlanta Hawks to acquire the No. 44 pick. They then used that pick on Ryan Rollins, a guard from Toledo, and the No. 33 pick on The Athletic’s big board.

Rollins was an immediate impact player in college, earning the MAC Rookie of the Year award in 2020-21 after averaging 13.7 points, 5.2 rebounds, 2.5 assists, and 1.1 steals per game in 30 starts for Toledo. He took a big step forward as a sophomore, averaging 18.9 points, 6.0 rebounds, 3.6 assists, and 1.7 steals per game with even more efficient shooting marks. While Rollins has the potential to be a valuable scoring combo guard, the Warriors could also covet Rollins’ unique defensive potential. Despite measuring in at less than 6’5” at the combine, Rollins has a nearly 6’10” wingspan and showed impressive defensive intensity.

Earlier in the night the Dubs used the No. 28 pick on Milwaukee’s Patrick Baldwin Jr. They also have the No. 55 pick upcoming.

There’s a decent chance that the Warriors will try and use a two-way contract for Rollins. With a rookie in Baldwin, second-year players in Jonathan Kuminga and Moses Moody, and a third-year player who’s appeared in just 39 games in James Wiseman, they probably don’t want to burn any more roster spots on players that aren’ t ready to contribute immediately.

But Rollins is an exciting player, and he will be fun to keep an eye on him at Summer League.