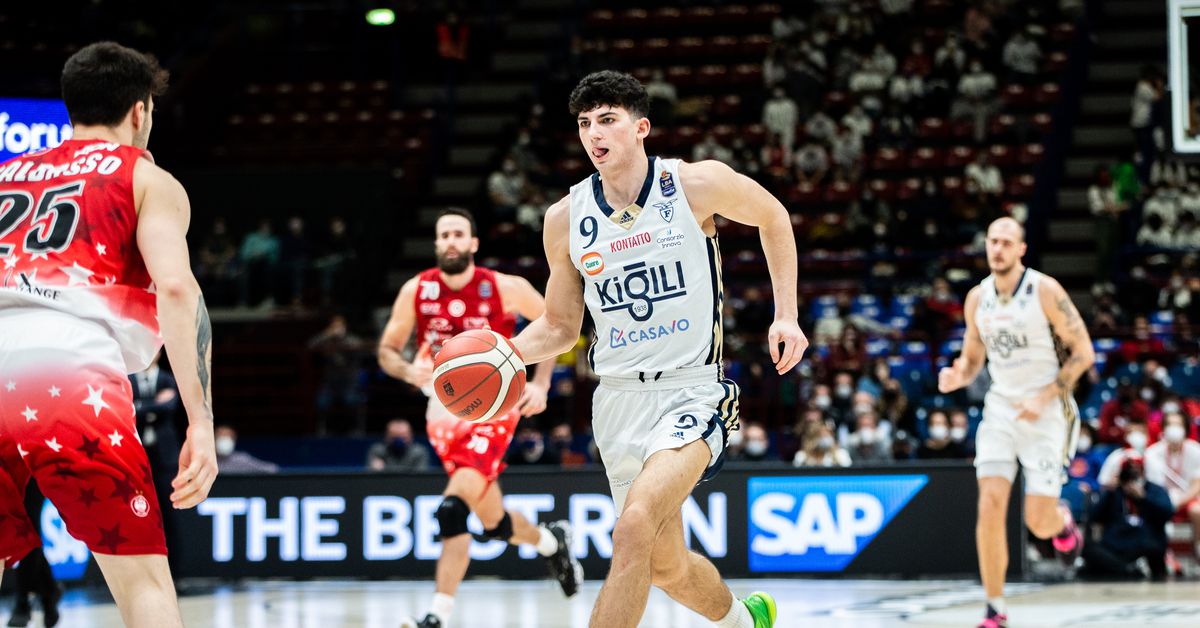 The Detroit Pistons continued a string of selecting athletes in the 2022 NBA Draft into the second round with the pick of Italian forward Gabriele Procida out of Fortitudo Bologne. Because I don’t much about Procida, I’ll outsource this to John Hollinger of The Athletic, who listed Procida at No. 33 on his big board.

In an international field where nearly every alleged prospect for this draft spent the year trashing his draft stock with underwhelming performances in third-tier leagues, Procida stands out as the exception.

We can still nit-pick some things: The Italian League isn’t very good anymore, he wasn’t the best player on the team, etc. But Procida did put up solid numbers as a 20-year-old in a real pro league, and he’s a 6-6 wing with some athleticism (backed up by solid combine testing numbers) and consecutive seasons of shooting 38 percent from 3 under his belt. It’s not hard to see his pathway to NBA viability.

Procida will need to shoot the 3 better and more frequently to make the cut as an NBA sniper, but he’s not that far away and he can be an overseas stash for years if need be, making his selection a promising idea for such teams as the Grizzlies, Thunder and Spurs that are awash in extra draft picks and have some in the 20-35 range.

And here are some highlights to enjoy!

The Pistons are already swimming in young player, and while they can let go of some back-of-the-rotation pieces if they so choose, they were facing a bit of a space crunch if they intend to sign any veterans to fill out the roster. One way to alleviate that crunch is to draft a player with the intention of keeping him overseas and bringing him over if he ever develops.

By all accounts, there is some upside belief in Procida as a legitimate prospect who might be able to help in a few years.