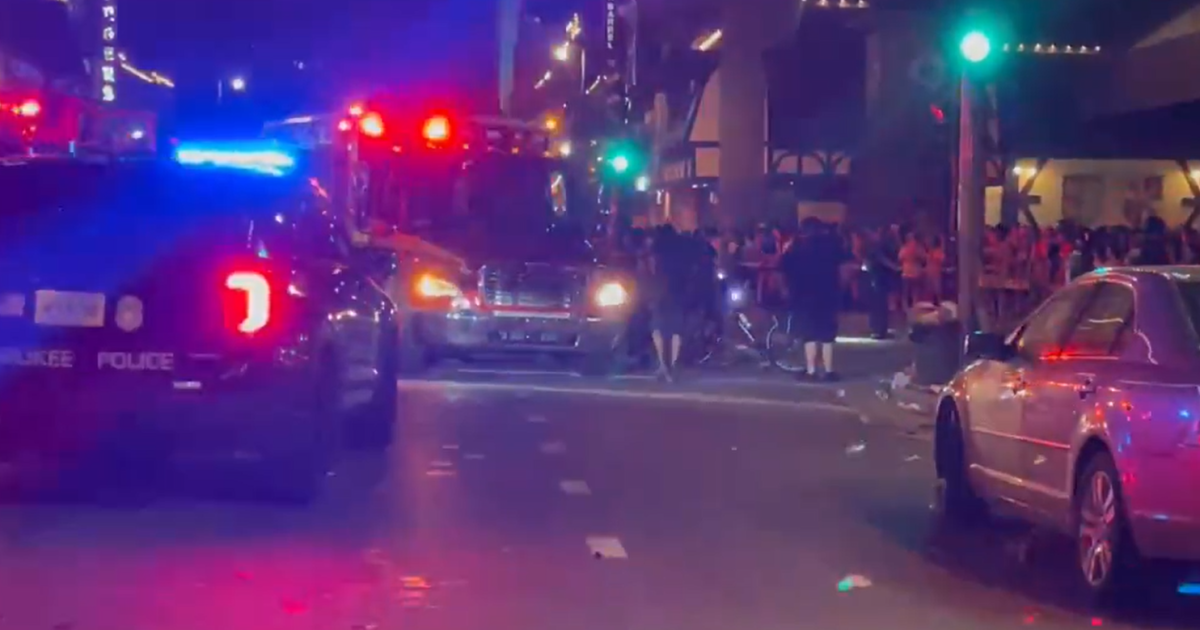 Milwaukee police told a TMJ4 News reporter on scene that two people have been shot and one person is in custody.

Scene at W. Highland and MLK. Police tell us two shots and one in custody. This happened right as Bucks/Celts was wrapping up. The shooting feels many people running from the Deer District. Police are pushing folks back atm. Scene expanding. @tmj4 pic.twitter.com/avtp737cXg

It happened near Highland and MLK Jr. Dr.

Our reporter who was at Deer District said there was a commotion among fans once the game ended shortly before 9:30 pm He witnessed fans running for cover.

Witnesses tell TMJ4 News that they heard gunshots. Another witness said they saw a fight outside a Deer District bar.

Tiffany, who said she was shot recently, heard gunshots. Another boss said she saw a fight outside Truth Nightclub and got to the floor. pic.twitter.com/zKykWuZakO

This is a breaking news story and will be updated when more information is made available.

Report a typo or error // Submit a news tip