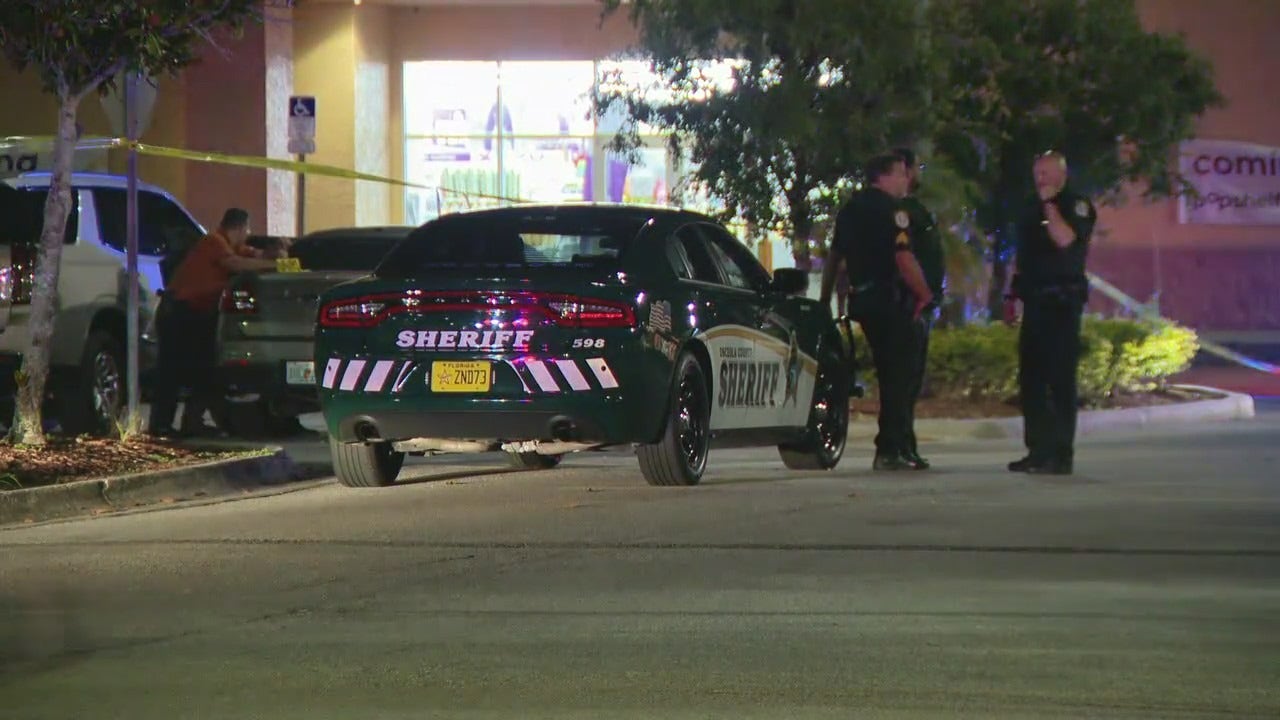 Osceola County Sheriff Marcos R. Lopez told reporters that two of his deputies were involved in a shooting at a Target store Wednesday night in Kissimmee, Florida.

Kissimmee, Fla. – One person is dead, and three others were injured after a shooting at a Target store Wednesday night in Kissimmee, Florida.

Osceola County Sheriff Marcos R. Lopez told reporters that two of his deputies were involved in the shooting and are OK. He declined to provide any information on the shooting itself or what led up to the shooting, citing a pending investigation by the Florida Department of Law Enforcement, the agency tasked with investigating police-involved shootings.

At least three others were injured in the incident outside the store at 4795 W. Irlo Bronson Memorial Highway (US Highway 192). Another person had a shrapnel injury, and two others were hurt while running away from the area, according to Osceola County Fire Rescue.

The parking lot was blocked off with yellow investigative tape and more than a dozen vehicles were in the area, according to a FOX 35 crew.

A man told FOX 35 that he heard what sounded like gunshots and saw several people apparently running for cover.

Multiple law enforcement officers responded to reports of a shooting in Kissimmee, on April 27, 2022. [FOX 35 Orlando]

This is a breaking news situation. Stay with FOX 35 Orlando for updates.