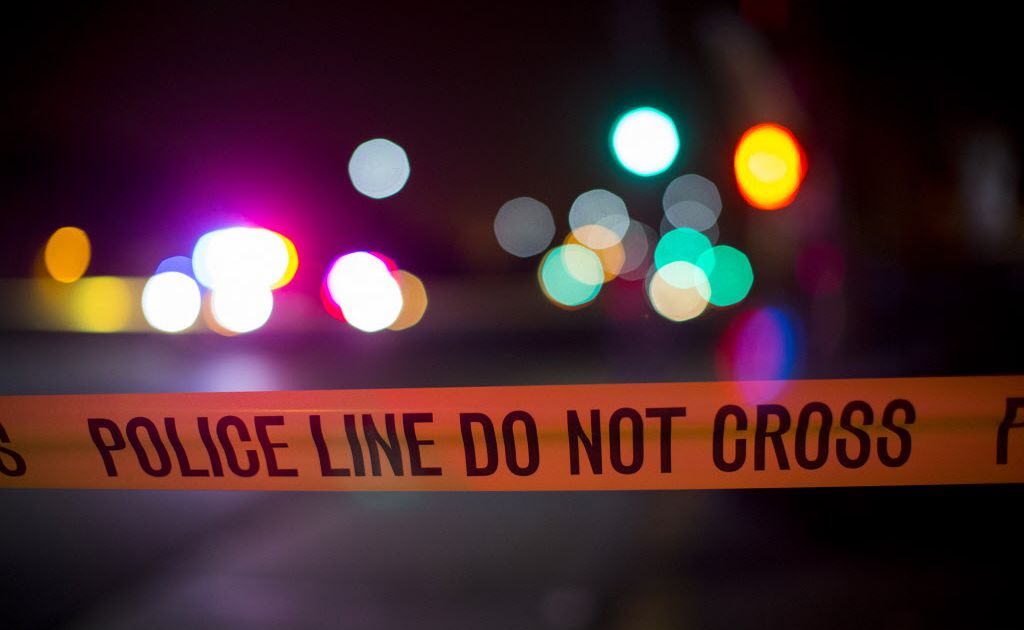 Two people were killed and three others were injured in a Deep Ellum shooting early Friday morning, Dallas police said.

About 2 am, officers responded to the 2800 block of Elm Street, near North Crowdus Street, where police say two men approached a man standing on the sidewalk, an altercation broke out and shots were fired “immediately.”

Officers were already patrolling in Deep Ellum as part of their routine duties, so they responded “in seconds,” police said. Police increased their presence in the popular night spot east of downtown Dallas after an uptick in violence that includes other deadly shootings.

On Friday, a total of five men were struck with bullets, including two “caught in the crossfire,” police said.

Jermaine Lewis, 42, and Quintin Lowe, 31, were pronounced dead at the hospital. Police declined say whether the two men who died were the ones caught in the crossfire.

The conditions of the three people who were injured and the extent of their injuries were not immediately available.

Two people are in custody in connection to the shooting, but police did not identify them.

The investigation is ongoing, but police said everyone involved has been identified and there is no threat to the public.

Friday’s shooting was just one of several violent crimes in the popular entertainment district, including another mass shooting as recently as September where two people were killed and four others were injured.

In August, a man speeding west in the 2600 block of Elm Street crashed his truck into a pedestrian, a Dallas police horse and a car. That same month, a man was fatally stabbed in a parking lot near Main Street and Good Latimer Expressway. Other violence includes a musician run over by a duo stealing his band’s tour van in October, and two people shot and wounded by a gunman, also in the 2800 block of Elm Street, last month.

“There’s not an entertainment district in any major city in America that isn’t susceptible to some violence,” he told The Dallas Morning News at the time. “And unfortunately it occurs. But when it does occur, because of the fact that these areas are so populous, police departments need to respond in kind. So, that’s why we’re going to be more present.”

García has previously cited large crowds, along with the involvement of alcohol in impairing judgement, as the greatest challenges to policing in the district.

While the closures are implemented each summer, police spokeswoman Kristin Lowman said this year’s closures started early due to warmer weather and increased pedestrian traffic.

Anyone with information about Friday’s shooting may contact Detective Scott Sayers at 214-671-3647 or scott.sayers@dallascityhall.com.