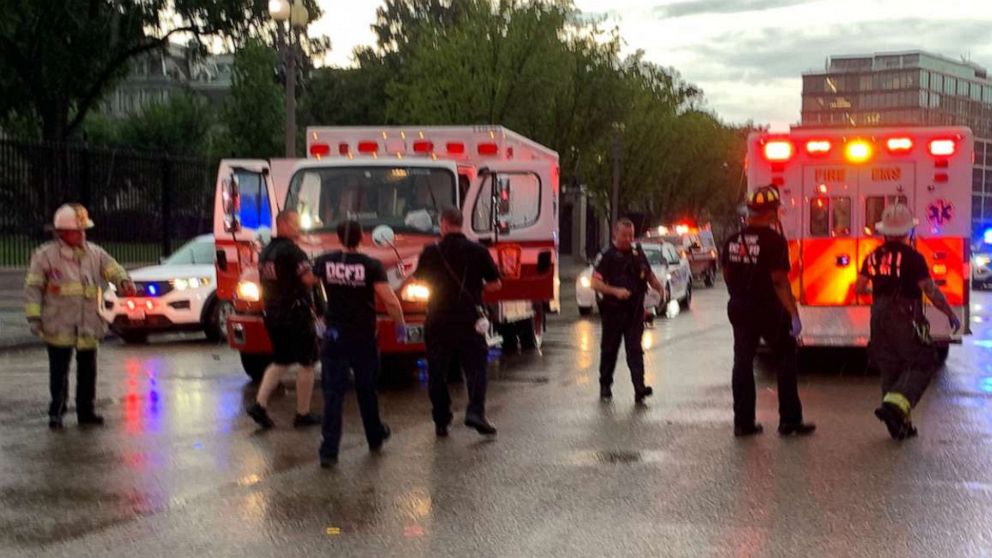 Police said 76-year-old James Mueller and 75-year-old Donna Mueller, both from Janesville, Wisconsin, died after being injured in the strike in Lafayette Park in front of the White House.

Thursday night, DC Fire and EMS said it had responded and was treating four patients that were found in “the vicinity of a tree.”

He said the two men and two women were transported to area hospitals with “life-threatening injuries.”

Officials said it’s still unclear what the adults were doing prior to the lightning strike, if they knew each other and why they were in the park.

Uniformed US Park Police officers and members of the Secret Service were also on the scene and immediately rendered aid to the victims, an EMS official said during a news conference.

The National Weather Service had issued a severe thunderstorm warning for the area Thursday evening.