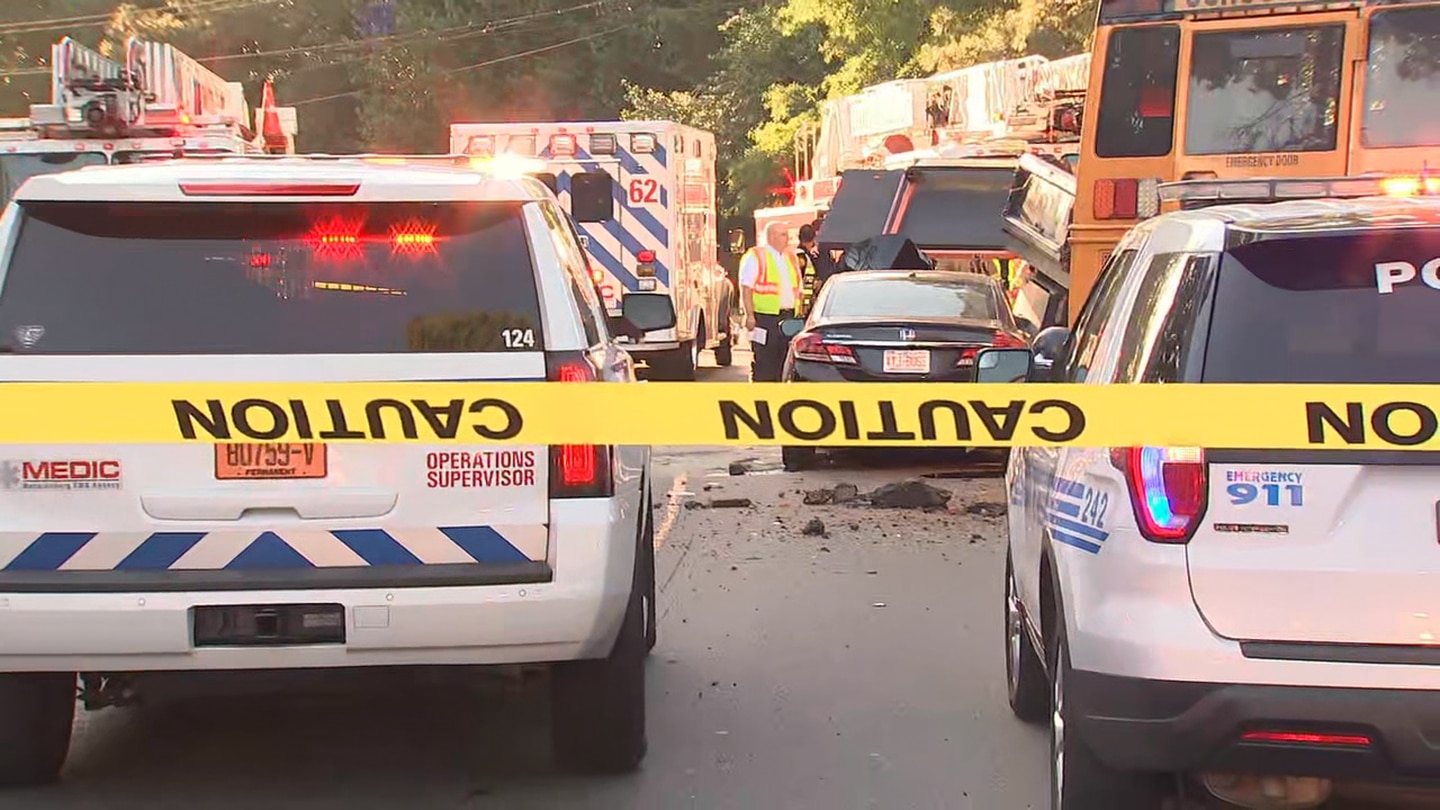 17 hurt in crash involving school bus and 2 other vehicles; 15 are students, MEDIC says

The crash happened on Sharon Road West at Sharonbrook Drive at about 6:30 am The whole scene was east of South Boulevard. Authorities said it involved a school bus, a passenger car, and a white dump truck.

Paramedics said they had multiple units at the scene, including the mass casualty bus.

In an update just before 8 am, MEDIC said three total vehicles were involved. 17 people were hurt, paramedics said — the dump truck driver had injuries MEDIC called “life-threatening.” MEDIC also said 15 of the patients were children and they were taken to the hospital on the mass casualty bus. They were all expected to recover, MEDIC said.

MEDIC Operations Superior Kenny Phillips said both drivers were conscious when they were taken to the hospital, but he didn’t have anything further on their conditions.

Phillips said they were able to get to the students who were on the bus off of it quickly.

Paramedics also said they were coordinating with hospitals to take patients to multiple locations.

We’re getting a better look at the wreck. You can see all the debris on the ground. Medic tells us it has possibly 18 patients. Some parents tell me their children are being evaluated right now. @wsoctv pic.twitter.com/5pigG6RPj7

According to Charlotte-Mecklenburg Schools, the bus involved is bus 222 that was heading to South Mecklenburg High School. 40 students were on board the bus, CMS said.

Channel 9 crews saw a massive response at the crash scene from several Mecklenburg County agencies. Parents at the scene told Reporter Anthony Kustura they were trying to pick up their kids from the crash site.

Just learned from CMS 15 students were taken to the hospital. We know the bus driver is also hurt. There were 40 students on board. Amazing more weren’t hurt when you see how close the bus came to that lamp post. @wsoctv pic.twitter.com/aa01WDcwtW

This is a developing story. Check back for updates.