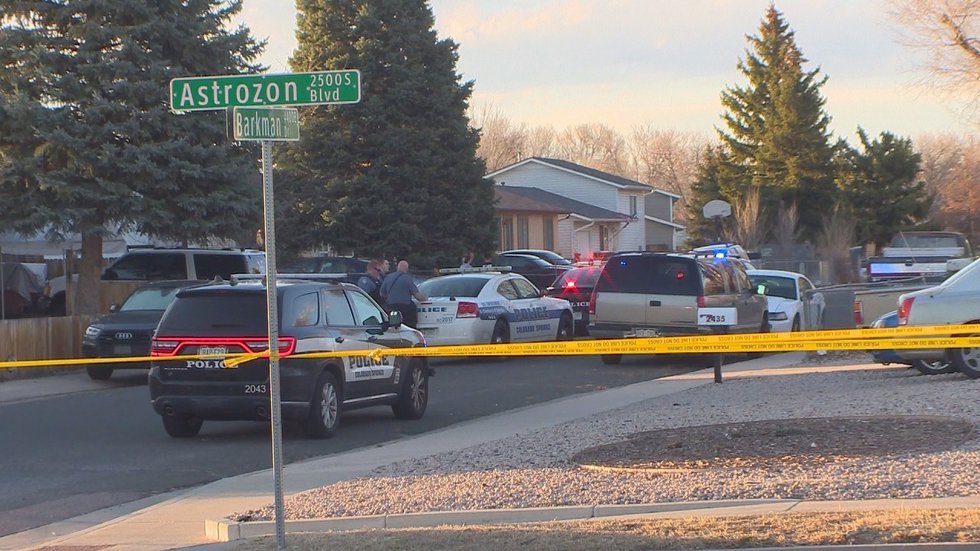 11 News spoke to family members of the boy, who wanted to remain anonymous, as the child fights for his life. The shooting happened Saturday evening on two streets near Chelton and Astrozon on the southeast side of the city. A total of four people, including the 12-year-old, were shot.

“I received a phone call that my brother had been shot,” a family member of the boy told 11 News. “All I could think of was… I just started screaming no… just please… no.”

The family members of two brothers who were shot tell 11 News their lives have been turned upside down in the past few days.

“He is in critical condition,” the family member explained. “My 12-year-old brother, he got shot 9 times. [In the] face, the neck, the leg, and everywhere. Just everywhere. He’s in so much pain.”

According to the Colorado Springs Police Department, the suspect fired several shots into a home just after 6 Saturday night. The suspect has been identified as 18-year-old Estevan Pacheco. Police add that someone in the home returned fire and Pacheco fled the scene. Police then believe someone who knows the victim at the first shooting followed Pacheco and a few blocks away. Police learned Pacheco opened fire again, hitting several people in the truck that was following him including the 12-year-old boy and his brother, before Pacheco was run over by the truck.

Family members say hearing about what happened to their loved ones is devastating.

“I just couldn’t imagine it,” the family member stated. ” It did not seem real to me. It’s unbelievable. I was screaming and yelling and just angry. I remember it was just a nightmare. It’s the worst thing that could ever happen.”

The boys’ family also said they had reached out to police a few weeks before this shooting asking for something to be done about the violence in the area. As of Tuesday night, Pacheco was in the EL Paso County Jail on a $50,000 bond facing charges including attempted murder.

Click here to donate to a GoFundMe set up to benefit the family.