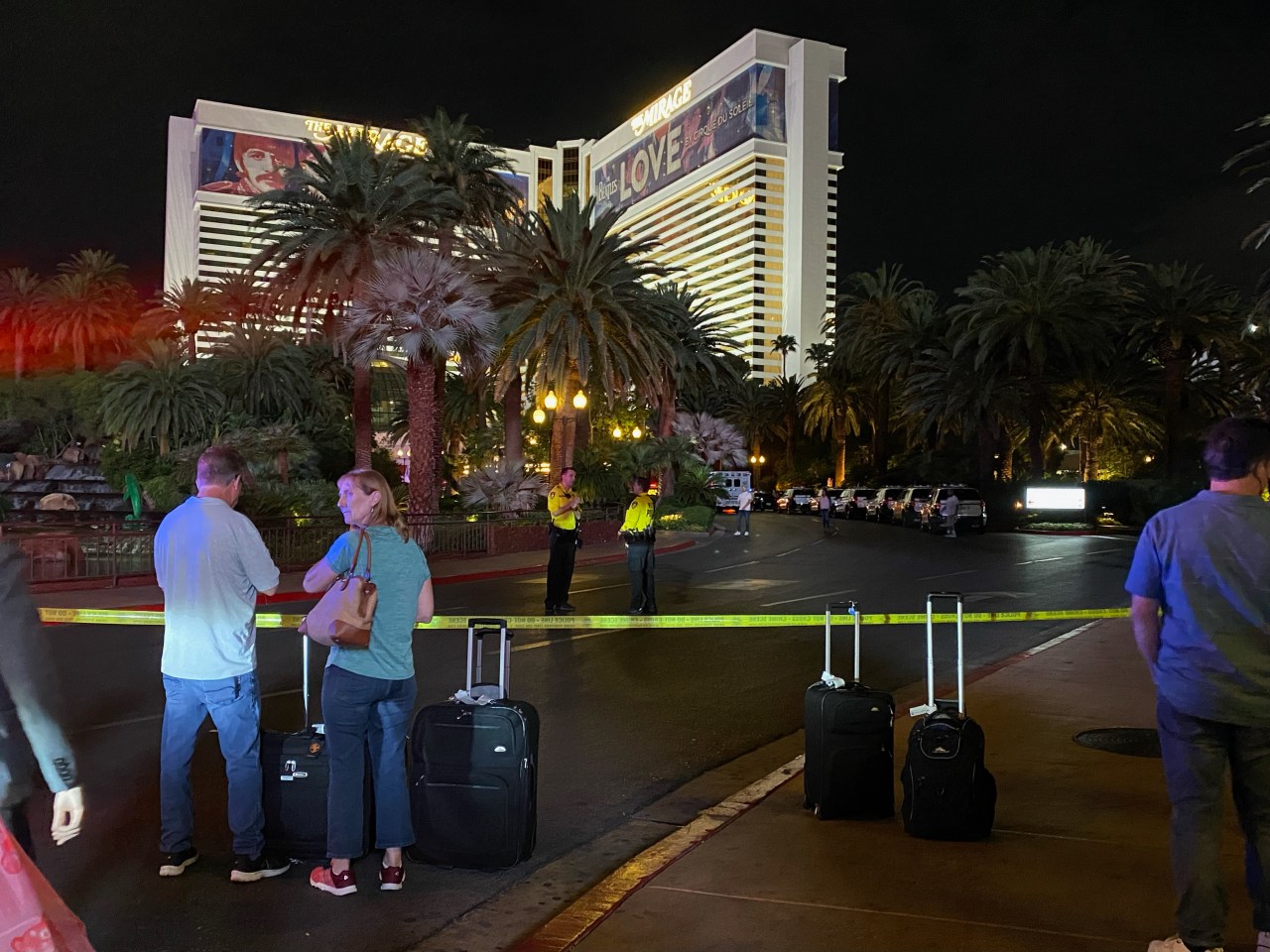 LAS VEGAS (KLAS) — Las Vegas Metro police are investigating a deadly shooting at the Mirage on the Las Vegas Strip that left one man dead and two women injured.

The 8 News Now I-Team first reported the information Thursday night through sources. Officers arrived on the scene within a minute of the 911 call, Koren said.

The injured shooting victims were taken to UMC hospital, Koren said. They were listed in critical condition as of Friday morning.

“Any types of extreme violence in our city we take very seriously,” Koren said. “You’ve seen it in all the investigations we conduct. We are confident we will solve this case.”

Police were looking for the suspect as of Friday morning. Investigators had isolated a variety of areas in the hotel as part of their investigation, Koren said.

The shooting prompted hotel security and Metro police to restrict access to the property. Video from guests showed police entering the hotel and casino with shields.

Police did not issue a photo of the suspect, but said at least one person who was in the room has ties to the area. Koren said there was no threat to the public.

Security allowed guests back onto the property around 10:50 pm

“We are investigating a shooting in a hotel room at the Mirage,” Metro police tweeted shortly after 10 pm “One person has been pronounced deceased. This is an active investigation and we will provide more information as it becomes available. Please avoid the area.”

Tips can be submitted anonymously through Crime Stoppers by calling 702-385-5555 or at crimestoppersofnv.com/report-a-crime. Information can also be sent via text by sending “CRIMENV” and then your message to “CRIMES” (274637). Crime Stoppers offers a reward for information that leads to an arrest.

Stay with 8 News Now as this story develops.